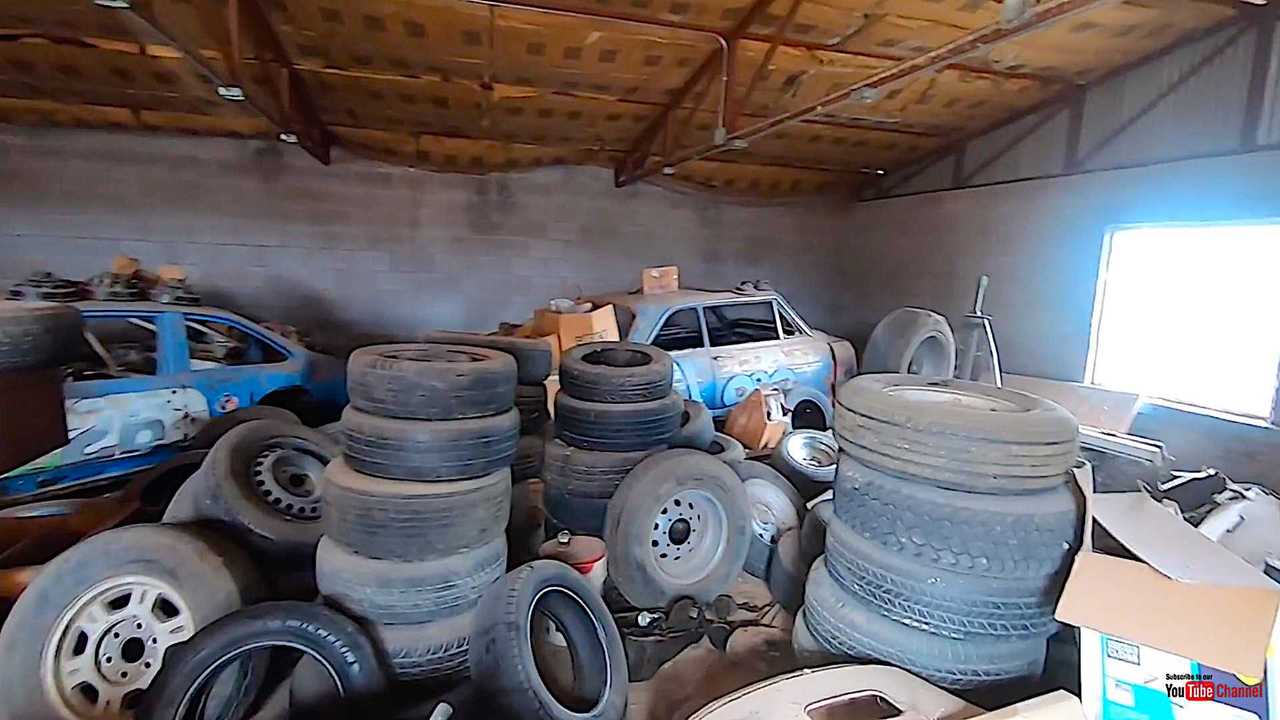 Thought to have a link to Dick Harrell, this Nova has been stored in this shed since 1985.

Stored away in a garage in El Paso, Texas since 1985, this tube-framed Chevy Nova is said to have a direct lineage to legendary Chevrolet racer and car builder Dick Harrell. Its current owner resides in a farm close to the Texas and New Mexico border, where a shed sits with this car inside.

Luckily for us, said owner has allowed some cameras in to check it out, as well as offering his rundown on the origins of the car. If this is indeed the car he claims it to be, it’s a solid part of automotive racing history.

About the size of a two-car garage, the cinder-block ‘shed’ lacks a lot of lighting, and seems to be used to store everything from car parts to building materials, and pushed against the far left corner is the Nova in question.

The 1960s Chevy has an exposed tube frame from a lack of front fenders, and the word “LOBO” is painted on the doors in spray paint. According to the owner, this is an old A/FX car that he strongly believes was once one of Dick Harrell’s cars.

Bob spotted the car when it was listed in an ad as a tube-framed race car  he initially assessed it to be a dirt track car. When he went to look at the car, the seller claimed to have bought it from Harrell some years earlier, but that was little interest to Bob who just wanted to race it.

While this isn’t an officially race-prepped Dick Harrell Nova, it’s very possible that the car had ties to Mr. Chevrolet, although he wasn’t building cars for the public back in 1962. However, he was deep in the drag racing scene, and live pretty close by in Carlsbad, New Mexico in the early 1960s.

The host offers that he later (after filming) found a picture he believed to be the car with some Dick Harrell livery on it. To add, Harrell had a reputation as being one of the most elusive and mysterious car builders of the time, linking him to the car by word-of-mouth and a photo might be all you could hope to get.

Regardless of the rumored ties to the racer, this Nova could be worth restoring and selling, or selling to someone who wants to drop a modern powertrain in the car to continue with its racing history.