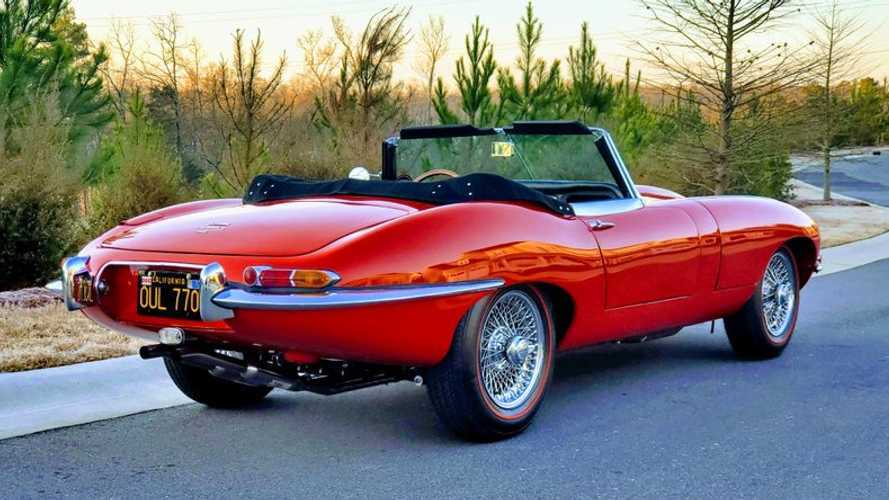 Leap into this Leaper on Leap Year Day!

Where to start on this gorgeous Jag? Perhaps the most unique aspect of this car is that it has just two owners and just under 100,000 miles dating back to when it was purchased brand new back in 1965 in Riverside, California. After spending the 43 years with its first owner who is said to have driven the car daily, it was then sold to a marine stationed at Camp Pendleton where it continued to be driven and shown.

In 2017, this car underwent a three-year restoration that saw the body and monocoque brought down to bare metal and the powertrain being professionally rebuilt. The original engine and cylinder head were replaced by the car's first owner, but the replacements were sourced from another '65 XKE. This Jaguar was repainted in its original Carmen Red paint job with spectacular chrome and 15-inch knock-off wheels. Finishing off the incredible condition of this XKE, the car will also be sold with a Jaguar Heritage Trust certificate and the original tool roll kit.

This immaculate Jaguar will be up for grabs at GAA Classic Cars' first auction of the year, which takes place at a dedicated auction facility (aka, The Automotive Palace) located in Greensboro, North Carolina. If you want a shot at owning this concours-worthy XKE or any of the other classic and collector cars that will be up for auction February 27-29, be sure you're registered to bid.