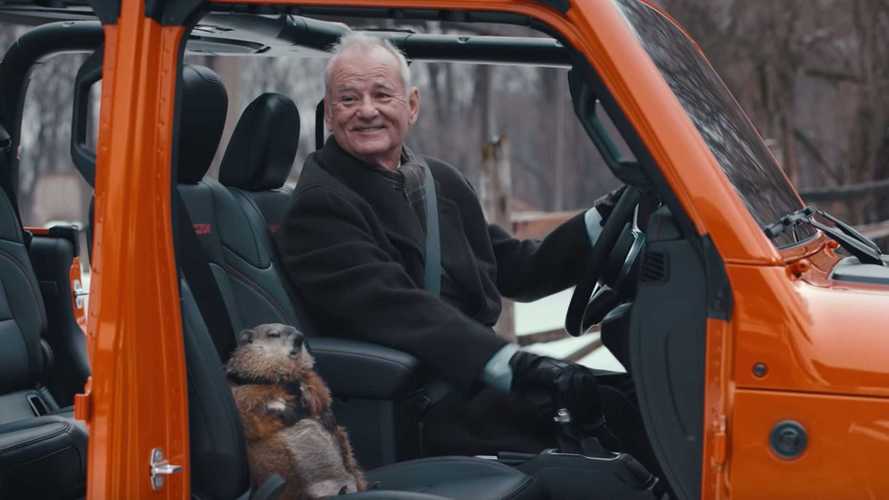 Bill relives his role in "Groundhog Day" while piloting new Jeep Gladiator with his furry friend in (arguably) the best commercial of this year's Super Bowl.

Who doesn't love Bill Murray? When it comes to the Super Bowl, one can count on the commercials to be just as entertaining as the big game. One ad that stood out in particular featured the one and only Bill Murray as he piloted a 2020 Jeep Gladiator Rubicon and gave everyone a nice dose of nostalgia while reprising his role as Phil Connors from the 1993 film Groundhogs Day. Even better, the ad surfaced on actual Groundshog Day where Punxsutawney Phil predicted an early Spring.

According to Jeep, this was Bill Murray's very first national television commercial, and it is safe to way that it was a game day favorite as he woke up everyday in a time loop from the great Bill Murray movie. Even more, it featured one of America's most popular pickup trucks, the Jeep Gladiator. The one Murray is driving in the ad is a 2020 Jeep Gladiator Rubicon.

Murray points out while taking a look at the Jeep and saying "That's different." He then takes off in the Jeep along with his furry groundhog friend to relive a new adventure everyday as the alarm clock strikes 6:00 a.m. The Gladiator takes them both on fun, new adventures each day.

The Jeep Gladiator was named the North American Truck of the Year in Detroit. The award is highy coveted consiering that this isn't just given by one media outlet or publication but from a panel made up of about 50 people that work in print, online and digital, radio, adn broadcast media from all over including the United States and in Canada.

While the Jeep Wrangler has always been a popuar vehicle, why not add a bed and make it even more purposeful and cooler? We can't argue that seeing Bill Murray behind the wheel of the 2020 Jeep Gladiator Rubicon certainly added even more cool points.

Even more, Murray is seen riding the all new Jeep electronic bicycle, the E-Bike toward the end of the commercial.