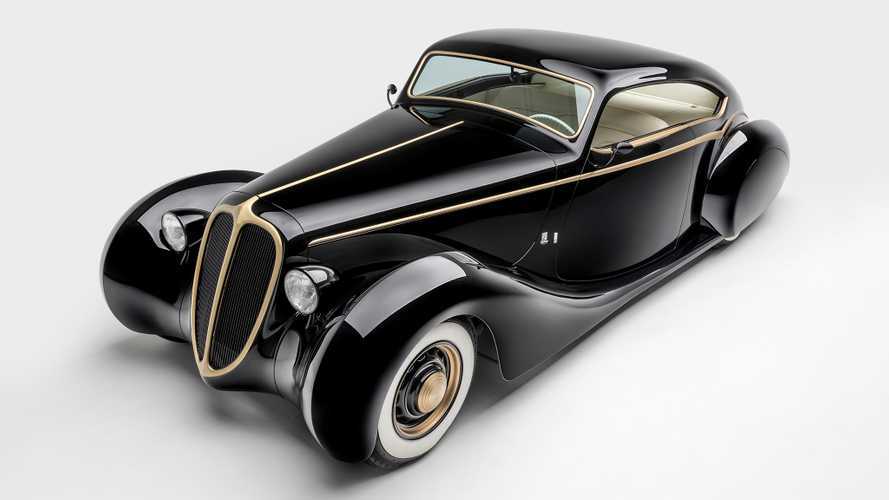 As we reported on late last year, the Petersen Automotive Museum will debut a new exhibit featuring 10 custom vehicles, donated from James Hetfield’s personal collection, and now we have the exact dates and what to expect! Opened on February 1, 2020 in the Bruce Meyer Family Gallery, “Reclaimed Rust: The James Hetfield Collection” celebrates Hetfield’s creativity as a world-renowned artist through his built-from-scratch custom car collection, guitars, photos and memorabilia.

When the exhibit opened, Hetfield was in attendance to talk about the collection.

Key vehicles on display include the 1948 Jaguar “Black Pearl,” the 1934 Packard “Aquarius,” the 1953 Buick Skylark “Skyscraper,” the 1937 Lincoln Zephyr “VooDoo Priest,” the 1936 Auburn “Slow Burn.” which were designed by famed builder and television personality, Rick Dore, as well as the 1936 Ford “Iron Fist,” the 1937 Ford Coupe “Crimson Ghost,” and the 1932 Ford Roadster “Black Jack.” Along with the custom vehicles, memorabilia on display will include an ESP Hollow Body guitar and a Mesa amplifier that are painted to match the Buick Skylark “Skyscraper,” images displaying the build process of each car and a video of Hetfield talking about the cars.

“'Reclaimed Rust’ brings together two industries that go hand in hand with artist expression,” said Petersen Automotive Museum Executive Director Terry L. Karges. “This is the first time the Hetfield collection will be showcased to the public and we can’t wait to share the inspiration behind these extraordinary vehicles with the world.”

Hetfield is a lifelong car enthusiast and views his collection as a form of expression to convey his creativity. Hetfield’s vehicles assert both a reverence for history and a disregard for convention, standing collectively as a testament to the musician’s distinctive personality and artistic energy.