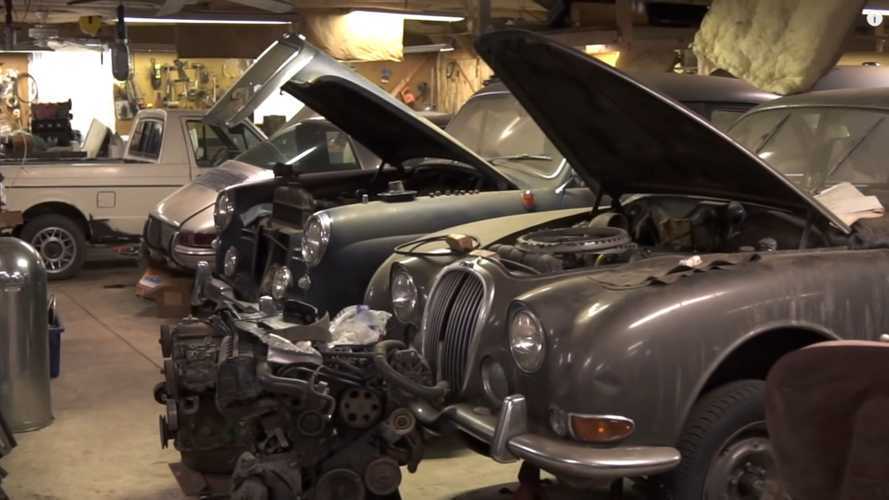 Your jaw will drop once you see what’s hidden away in there.

It’s always a great time watching Barn Find Hunter, but admittedly some episodes are more awe-inspiring than others. This one is a particularly good one as Tom uncovers a stash of 45 classic sports cars tucked away in rural Virginia. Located literally right by the coast, this is the last place you’d picture finding such a stash, and what a collection of cars it is.

Among the largely well-preserved vehicles are multiple Porsche 356s, including a Speedster (likely a replica, but still), Volkswagen Rabbit Pickups, Volkswagen GTIs, and even a Daimler SP250, to name a few. Most are in such good, original condition it would be a shame if they were restored.

All these cars were collected by one man throughout his lifetime. He seemed to have sourced them from all over the United States, rescuing cars as they were essentially thrown away by their previous owners, then hiding them away to work on later. But nobody can reasonably manage 45 vehicles on their own, so many have either sat or they are partway through being worked on.

With the collection and the man’s property passing into the hands of relatives, they immediately got in touch with someone who was willing to buy and transport all the cars off the property, a daunting task to say the least. Fortunately, we got to see the stash as it had been left, before the different cars were hauled off and resold, hopefully to good homes.

Once again on Barn Find Hunter we learn that barn find hunting is all about who you know and how you can charm people. This “car historian” Tom meets was in the right place at the right time, and no doubt had the right reputation, to uncover such a find. And while relocating, assessing, and selling such a fleet of classics is a daunting task, he will reap the rewards.