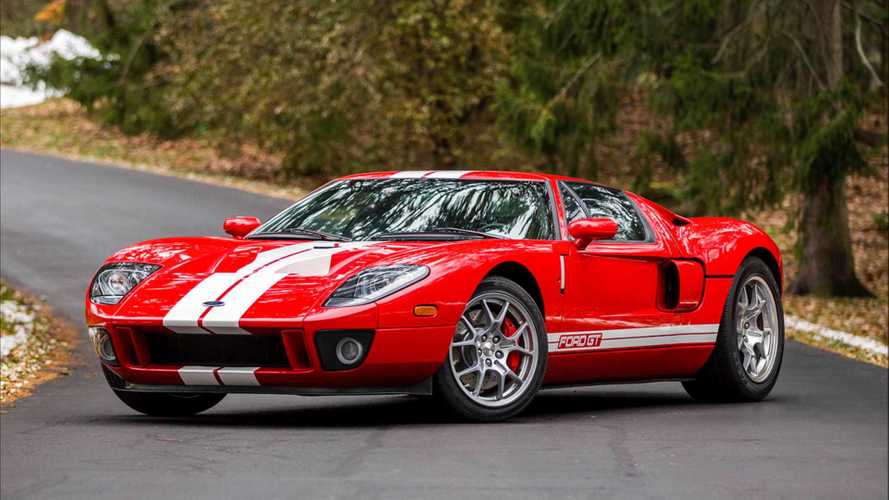 You definitely won't be an Average Joe in this low-mileage Ford GT!

There's no denying the fact that the first-gen (2005-06) Ford GT is skyrocketing in value, and this incredible specimen might be one of the best examples on the market. With just 510 miles on the odometer, this immaculate 2005 Ford GT is a museum-quality show car, and it's up for grabs through Awesome Joe Auctions!

Ford only built 4,038 Ford GTs for the car's short lifespan, and it will be hard to find one that's as factory fresh as this one. Ford offered just four optional features on its rear-engine supercar, and this 2005 Ford GT had them all with the McIntosh audio system, lightweight forged BBS wheels, red brake calipers and those white racing stripes that look phenomenal over the eye-catching Mark II Red paint job.

This Ford GT was delivered to the former Dave Holt Ford-Mercury dealership in Hudson, Wisconsin, and it looks just as good as it looked that day. Inside and out, the low-volume Ford GT was designed to look like a modern version of the original Ford GT40, which was built from 1964 through 1969 to allow Ford to compete against Ferrari in endurance racing. Aside from a throwback design , the highlight of the first-gen Ford GT is the rear-mounted 5.4-liter supercharged dry-sump V8 that produces 550 horsepower and 500 lb-ft of torque. This engine is matched with a six-speed manual gearbox and helical limited-slip differential, which allowed this car to rocket from 0-60 mph in under four seconds.

Awesome Joe Auctions is an online-only auction site for classic and collector cars, and the bidding for this low-mileage 2005 Ford GT runs through February 4, 2020. Why be an Average Joe, when this incredible Ford GT will have you being an Awesome Joe!

Watch A Ford GT40 Mk I Run Around A Track