Lightning Vs SRT-10: Which Super Truck Would You Choose? 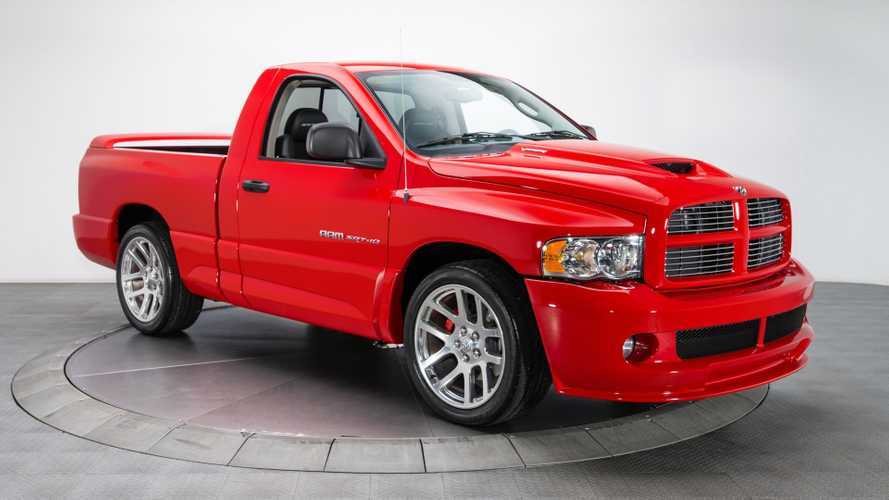 If you ever dreamed of owning of sports car in a truck’s body, you’re in luck - we have both!

The truck market in America offers tons of variety and options, but one thing that it’s lacking is a street performance-specific truck - to find that, you have to do a bit of rewinding. About a decade and a half ago, there were two major players on scene from Ford and Dodge, and these two trucks used to rule the road.

That’s right, we’re talking about the Ford F-150 SVT Lightning, and the Dodge Ram SRT-10 - sports cars wrapped up in a pickup’s body. Two examples of these trucks are in our inventory right now for you take home, and then to the track!

First up is the 2002 Ford F-150 Lightning, this truck is easily the more recognizable of the two. The 2002 pickup is based on the 10th generation for the F-Series Ford trucks, but it got a special supercharged 5.4-liter that helped it lay down 380-horsepower and 450 lb-ft of torque from the factory. This example has been modified to reach 450-horsepower and over 480 lbs of torque. Backing the engine is a four-speed automatic transmission that feeds power to the rear tires, and it rides on a custom suspension to keep it grounded.

The other of the trucks is a one of the 2957 2004 Viper SRT-10 trucks ever made, not to mention, it only has 2,564 miles on the clock. Dodge produced this model to essentially be a Viper stuffed inside the body of a full-size pickup truck. With an 8.3-liter V10 engine under the hood, 500-horsepower and 525 lb-ft of torque was sent to the rear tires. According to the ad, “This truck was placed in the Guinness World Records for being the Fastest Production Truck Produced with a top speed of 154.4 MPH in its stock condition.”

Which would you take home?