Russo And Steele Grosses Over $10 Million In Scottsdale 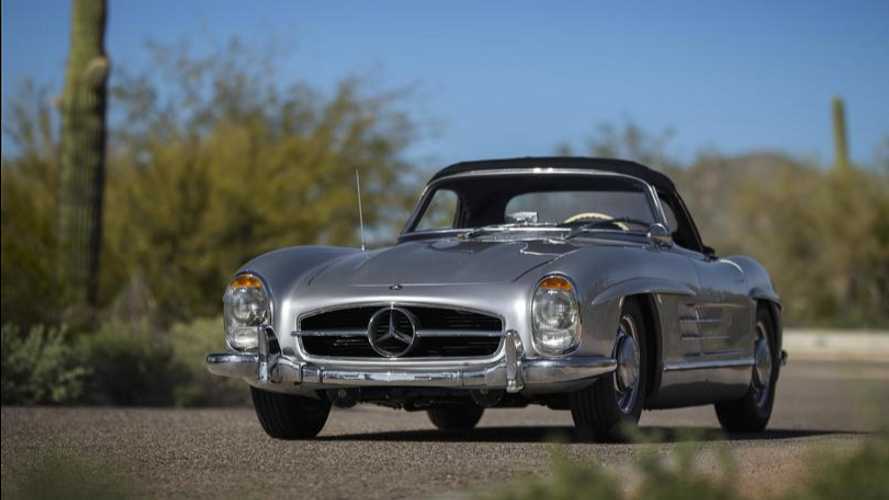 This is a solid way to celebrate 20 years.

Plenty was going on during Arizona Car Week in the middle of January, including plenty of bidding at Russo and Steele Collector Automobile Auctions. Returning for its 20th anniversary in Scottsdale, the auction had over 500 cars cross the auction block and grossed $10,714,050.

Gallery: Russo And Steele Grosses Over $10 Million In Scottsdale

“This was the picture-perfect location for Arizona Car Week,” said Drew Alcazar, auction president and CEO of Russo and Steele. “The excitement at returning to this spot was palpable as night after night the cars crossed the block to a standing room only crowd.”

The auction returned to its previous location in Scottsdale, just south of the North 101 Freeway and Scottsdale Road on a lot measuring over 20 acres. All of the proceeds for several of the cars auctioned from January 16-19 went to charitable organizations, like a 2000 Butler Cobra Roadster Replica, which hammered at $60,000, all of which is going to Folds of Honor. This donation was made possible by the combined efforts of Russo and Steele and Quik Trip.

As for the top auction amount, that honor went to a 1957 Mercedes-Benz 300SL, which sold for $1,045,000. The German roadsters fetch high prices on the open market, so it’s not a surprise it was the leader at Russo and Steele Scottsdale. For the 1957 model year, Mercedes-Benz made just 554 of these cars, so they’re incredibly rare. Many say the design of the 300SL makes it one of the most beautiful cars ever made, adding to their desirability. This particular example features a numbers-matching chassis, body, engine, and gearbox, with a mechanical refresh completed just last year.