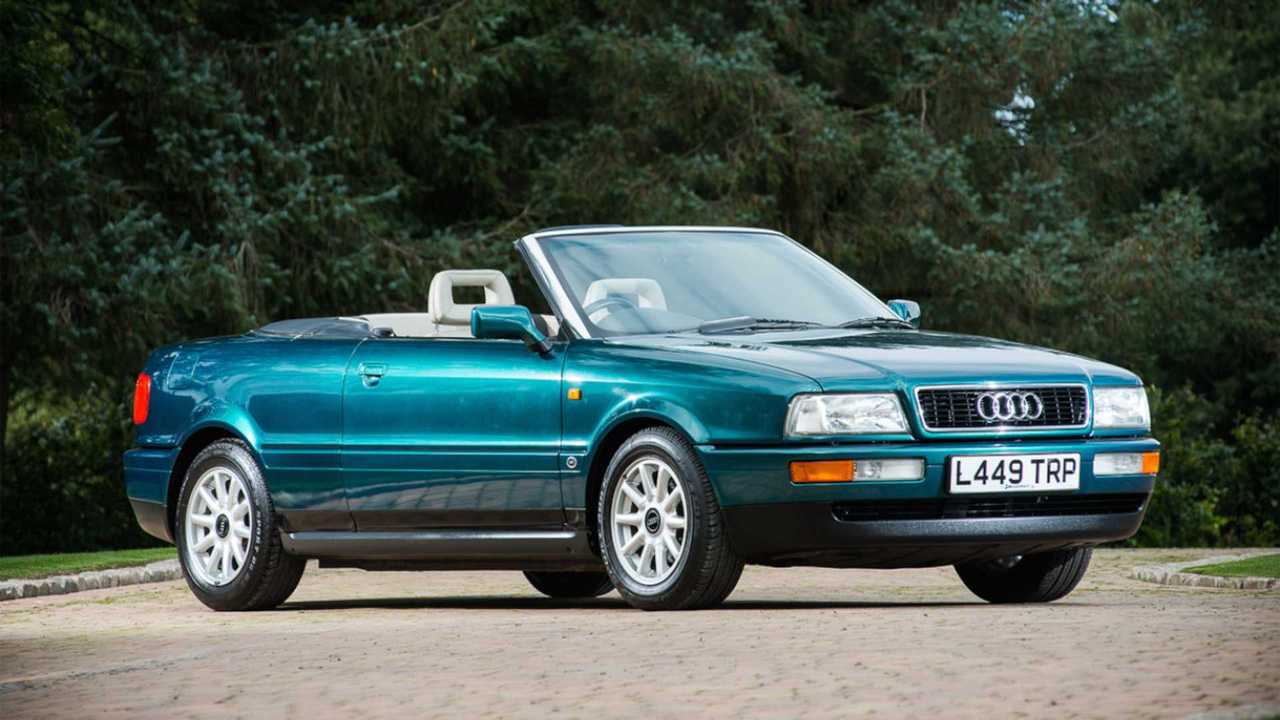 One of the most photographed cars of 1994!

The same summer that Prince Charles was driving around in a British Racing Green Aston Martin Virage Volante, his then-wife Princess Diana was driving an equally green 1994 Audi 80 Cabriolet. And just like the prince's Aston Martin, which sold for around $309,000 USD at auction last year, Princess Di's Audi will be up for grabs at the Practical Classics two-day auction event in Birmingham, UK taking place on March 28-29.

In the summer of 1994, an Audi dealer in the UK lent the 1994 Audi 80 Cabriolet to Princess Diana immediately putting this green drop-top in front of the lenses of all the hounding paparazzi. There are numerous pictures of this car online including a famous one showing the princess driving with young Princes William and Harry riding in the back seat, and that image can be seen on this ABC News report from the car's previous sale at auction.

Other than the fact that German car was driven by British royalty, there's nothing extraordinary about this Audi. It is in incredible shape, however, with the Gomera Pearl exterior paint and Parchment leather interior looking near flawless. This car even wears the same "L449 TRP" registration plates that it had back in 1994.

As for the mechanical aspects of this car, this 1994 Audi 80 Cabriolet is powered by a 131-horsepower, 2.3-liter inline-five paired to a four-speed automatic transmission. Princess Diana drove the car for around 4,000 miles, and today it has just 22,000 miles showing on the odometer.