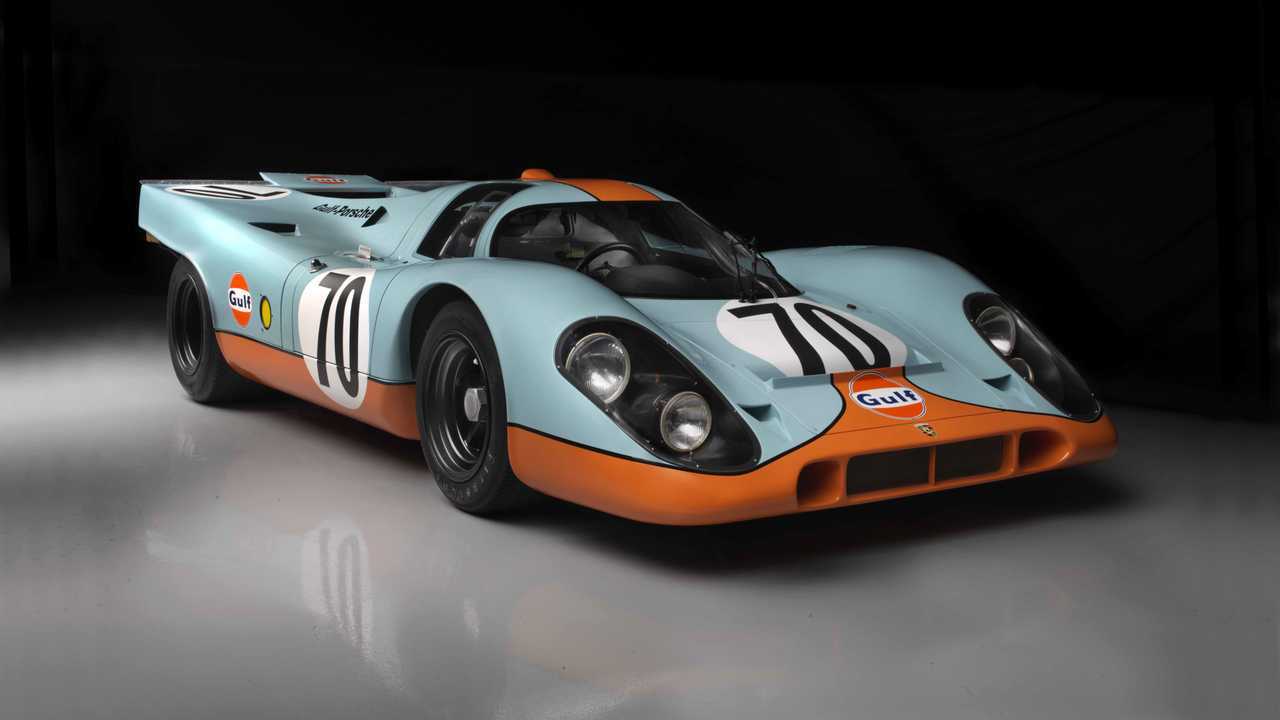 This $14 million Porsche will be the highlight of this museum experience.

As part of this week's grand opening of The Brumos Collection, the racing museum surprised crowds by revealing the most special car in its collection – a Gulf-liveried 1970 Porsche 917K used in the 1970 Steve McQueen film, Le Mans. This Porsche will join more than three dozen other racing and collector cars housed in the Jacksonville, Florida museum.

If we learned nothing else from the $3.4 million hammer price of the original Bullitt Mustang, it's that any car associated with Steve McQueen will command top dollar at auction, and that was definitely the case with this Porsche. Back in 2017, chassis 917-024 set a record for a Porsche auction price when it sold for $14.08 million at the 2017 Gooding & Co. Pebble Beach auction. According to that auction listing, this Porsche was used "extensively" in the production of Le Mans, which is generally regarded as one of the best racing movies ever made.

The official grand opening for The Brumos Collection takes place on January 23, and this museum means that the legendary Brumos name will live on after the race team shut down in 2013 and the dealership sold to a franchise in 2015 and renamed Porsche Jacksonville. The Brumos names dates back to 1953 when Hubert Brundage opened Brundage Motors selling Volkswagens and later Porsches. Brundage began a racing tradition at Brumos in 1955, which included 15 championships including its last in 2011.

As for the museum, it is a 35,000-square-foot, state-of-the-art facility with an exterior design that pays homage to the former Ford Model T plant located in downtown Jacksonville. Inside, there will be everything from a 22-seat movie theater to an archive room for those interested in researching automotive and racing history. More than just a museum, this facility will also have a fully functional engine room, machine shop and dyno for vehicle repairs and restorations.