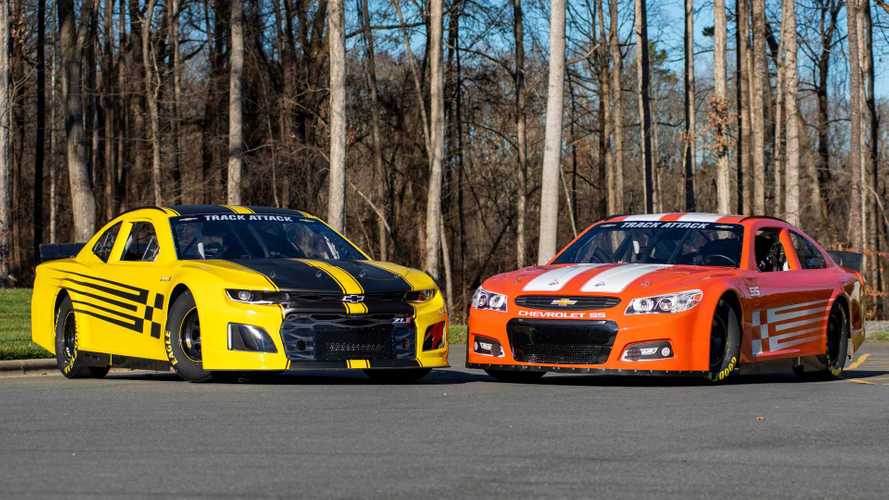 There's no denying the fact that Hendrick Motorsports is one of the most successful NASCAR teams of all time, and now this team is opening up its extensive racecar-building experience to privateers, weekend racers or just really wealthy car enthusiasts with its new Track Attack racecars. With more road course wins than any other team in NASCAR history, the Track Attack cars are track-ready road course racecars that are available – brand new – to the public.

Based on the previous Chevrolet SS or the current Chevrolet Camaro ZL1 designs used in the NASCAR Monster Energy Cup Series, these Track Attack cars are legit, full-fledged racecars ready for track action, and Hendrick Motorsports even provides a list of tracks where these cars can be run! Until now, the only way to get a car like this is to buy a retired NASCAR racer, but this duo of Track Attack racecars are hand built from the ground up without having to conform to NASCAR rules and regulations.

And these cars are no rollers either. Under the hood is an LSX 454 that produces 627 horsepower and 586 lb-ft of torque, and it's fitted to an Andrews A431 four-speed manual and a NASCAR-spec nine-inch rear end. There are a total of six powertrain configurations, which also includes options like a 725-horsepower dry-sump V8 engine as well as choices of a five- and six-speed sequential transmissions. In addition to these powertrain options, buyers have plenty of other choices to make when building their Track Attack car including six-point racing harnesses, fire-suppression system, on-board cameras added to the telemetry system and more.

There's no word on how much Hendrick Motorsports will charge for its Track Attack cars, but expect the price to be several hundreds of thousands of dollars. Modern NASCAR Monster Energy Cup cars are extremely expensive with the powertrain alone carrying a six-figure price tag.