Get Ready To Bid On This 1978 Chevy Corvette 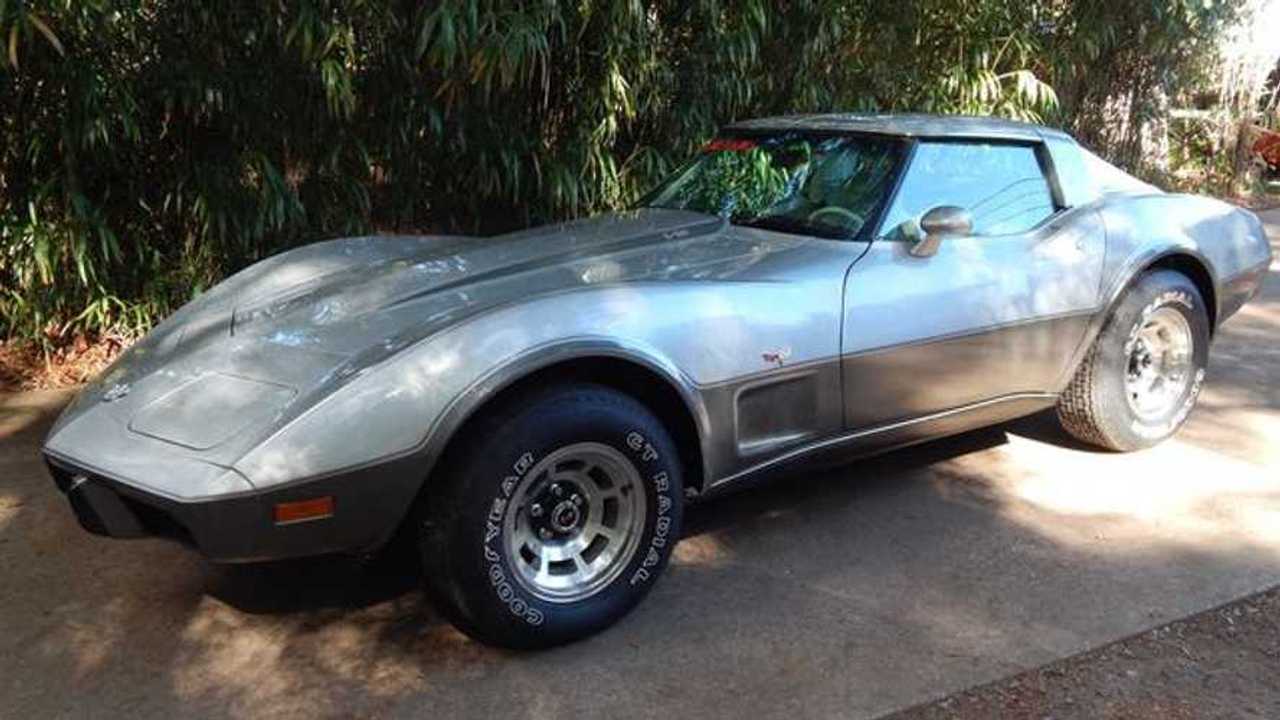 Grab a piece of history with America’s sports car with only 213 miles on the clock!

1978 was a big year for the Corvette. The sports car turned 25 and was invited to pace the Indianapolis 500. All that excitement generated some big sales for the entire Chevrolet brand at a time when some were bemoaning the supposed lack of exciting vehicles. As you can clearly see with this 1978 Chevrolet Corvette from Carlisle Auctions, there’s nothing boring about this car. To make things even better, you have the chance to own this part of automotive history. It’s part of the upcoming Winter AutoFest Lakeland auction. Both it and the car show are scheduled for February 21 and 22 and will take place in Lakeland, Florida (the car show goes from February 21-23).

This Corvette Silver Anniversary Edition is a real looker, thanks to the sharp two-tone Silver and Gray exterior which has a nice, deep shine. In fact, the exterior and even the Oyster leather interior are next to flawless. A mere 213 miles show on this Chevy, which has been stored with great care for the past four-plus decades. This might be the lowest-mileage, cleanest Silver Anniversary models in existence today. It spent time in a climate-controlled room and was on display at the Corvette Museum for the grand opening in 1994. Documentation from the museum will be included in the sale, setting this car apart from other 1978 Corvettes.

Not just a looker, this car has plenty of get-up-and-go with the 350ci L82 V8 under that long, sculpted hood. It pairs with an automatic transmission for smooth driving and a 3.55 posi rear. It also comes with a factory AM/FM stereo and CB radio (code 122). The seller is also throwing in the original window sticker, MSO, and build sheet.

Don’t forget that Carlisle Auctions is offering quite a few other classic cars for you to bid on. You can also sell your own collectible vehicle, since they’re on the lookout for high-quality consignments.

If you want to make this 1978 Chevy Corvette ours, now is the time for action. Register to bid so you have a shot at garaging this classic. Being a bidder at Winter AutoFest auction means you and one guest get full access to the hospitality area during both days of the auction. In addition, you get two multi-day passes to Winter AutoFest, an exciting car show event, automotive flea market, and car corral. Additional guest passes for the auction are available for $50.00 each.