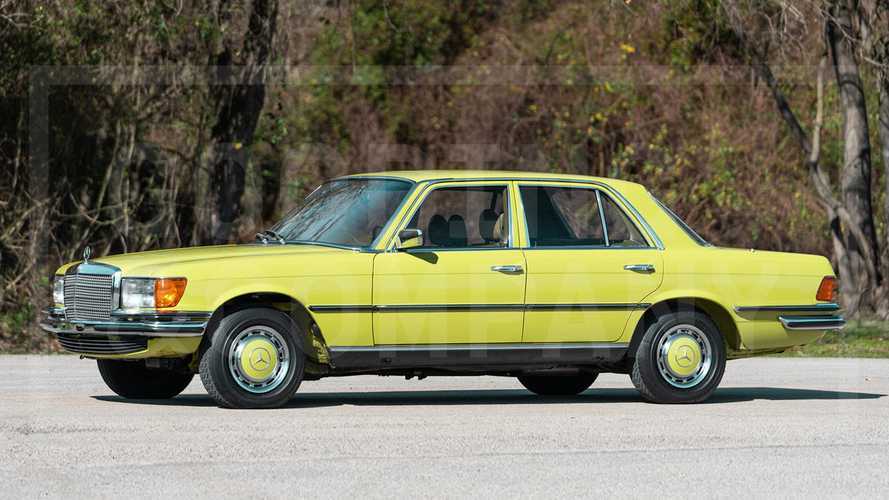 Above anything else, this 280 SE will get noticed immediately thanks to its attention-grabbing Mimosa Yellow paint and matching dog-dish hubcaps. The interior is just as eye-catching with a mix of Avocado MB-Tex upholstery and plaid cloth, and everything looks as clean as it did back in 1978. That's because this luxury sedan shows just under 53,000 kilometers – less than 33,000 miles – on the odometer. If you're looking for a car that is dripping with '70s style, this 1978 Mercedes-Benz 280 SE is exactly what you need.

Under the hood, the 1978 Mercedes-Benz 280 SE featured a fuel-injected 2.8-liter inline-six, and this engine is paired to a four-speed manual transmission. No matter where you look on this car, you'll be blown away by its original condition and impressive preservation, and its well-documented history includes a trunk full of paperwork such as service receipts, past ownership, service manuals, factory data card and even the car's original sales brochure.

Gallery: Mellow Out In This All-Original 1978 Mercedes-Benz 280 SE

While action companies like Mecum and Barrett-Jackson generally feature vehicles that are flashy, modified and tend mostly to be American makes, Gooding & Co. is always good for bringing cool European cars (like this all-original 1978 Mercedes-Benz 280 SE) to the auction block.