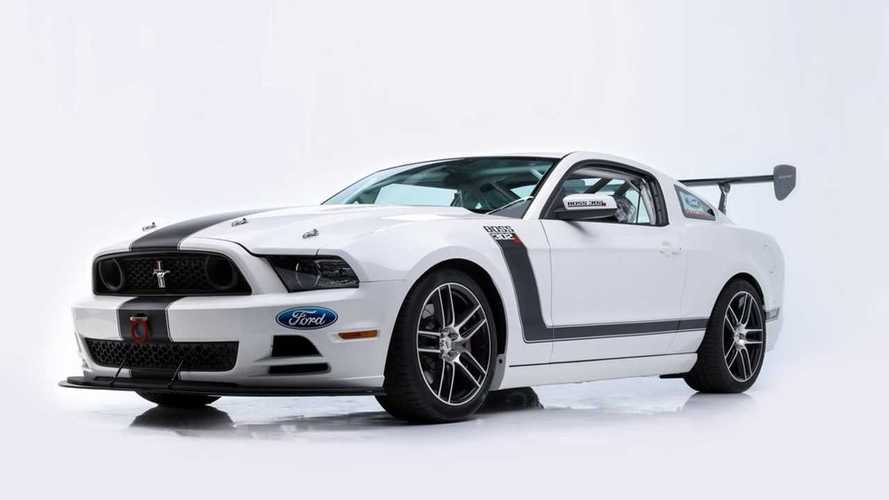 Straight out of storage, this Boss 302S has never been raced.

Paul Walker's 2013 Boss 302S Ford Mustang race car was gifted to him by another fellow Mustang enthusiast, but it has never seen the track. This beastly Boss 302S just went across the stage at Barrett-Jackson in Scottsdale, and it brought in $87,000. With the 10% Buyer Premium, the total price of this track-only Mustang brought in a total price of $95,700.

In the car world, late actor Paul Walker was mostly known for his role as cop Brian O'Conner in the car-related Fast & the Furious franchise. Walker was a hardcore car and motorcycle enthusiast in real life, and he had quite the collection. Quite a few cars and motorcycles from his collection are crossing the auction stage this weekend at Barrett-Jackson in Scottsdale. One of those cars is this race-ready 2013 Boss 302S Ford Mustang (Lot #1374.1) that was a gift to Paul Walker from a fellow racing enthusiast. Once Walker took delivery of the car, he was put on a lift and stored away.

This Boss 302S race car is not street legal and was made for track use only. Nearly brand new, this Mustang has never seen the race track. Ready to carve apexes, the exterior of this bad Boss is equipped with a Ford Racing front splitter, adjustable carbon-fiber rear wing, and a Boss 302S graphics package.

Under the hood of the race-ready Mustang is a 5.0-liter Coyote V8 engine by Racing Motorsport with Ford Racing PCS software and calibration, Ford Racing oil pan, Setrab ProLine engine oil cooler, a Boss 302 fuel system, and an upgraded DeWitt radiator. Power is sent through a Tremec T6060 manual 6-speed transmission with an Exedy clutch through a Torsen T2R transmission with 3.73 gears.

If interested in Paul Walker's race-ready 2013 Boss 302S, it crosses the auction block this weekend on Saturday, January 18th at Barrett-Jackson in Scottsdale.