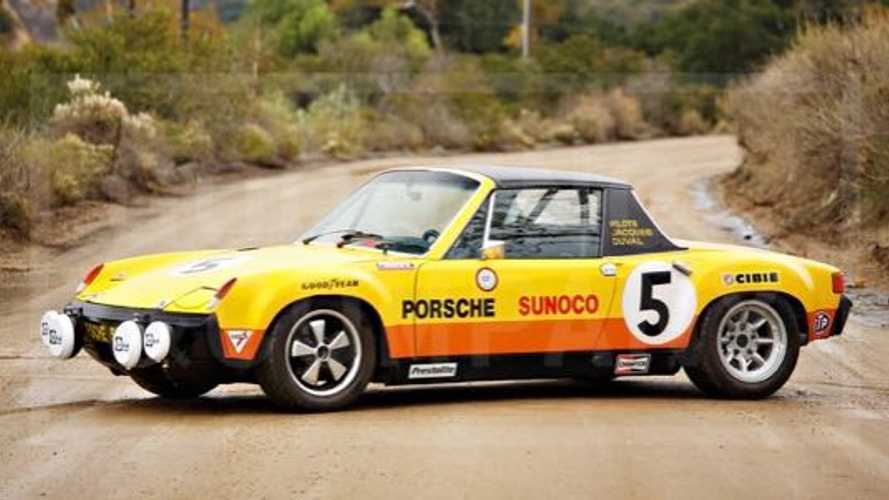 The classic Porsche is a genuine factory build, and a heck of a collector's car!

You don’t see too many cars like this 1970 Porsche 914/6 GT available on the market, so the fact this is crossing the block at Gooding & Company in Scottsdale this week is a big deal. Not a kit car, but instead a real factory build, it is one of only 16 customer cars made for the 1970 model year. It originally belonged to Jacques Duval, a French Canadian racing driver and journalist, and found a new home for $995,000.

Gooding & Company estimates this Porsche will gavel somewhere between $1 million and $1.3 million. There’s good reason for it to command such a price at auction, apart from the well-documented provenance and the car’s battle-proven experience in motorsports at races such as the 1971 24 Hours of Daytona and 12 Hours of Sebring. It has also been exhibited at numerous shows and parades since 1971, most recently the Amelia Island Concours d’Elegance in 2015, plus has appeared in no fewer than three published Porsche books.

The unique appearance and excellent presentation of this Porsche 914/6 GT ensures it impresses, along with the rarity of such a car. Porsche endowed this racer with the top specification used on a 914/6 GT, including the most powerful engine available at the time, twin-plug ignition, Weber 46 IDA carbs, and 906-type camshafts to make it as competitive as possible on the track.

Bearing its original Sunoco livery, this car has participated in numerous historical motorsport celebrations and no doubt will continue to garner invitations to such gatherings. Inside and out, this Porsche is in amazingly original condition.

The historical significance of this model is often overlooked. In the late 1960s Porsche found itself in a dangerous position where Porsche 911 prices were pushed out of what would be considered entry level and the 912 was ready to be replaced. Rather than lose that section of the market, it created the Porsche 914 with Volkswagen. Funky in just about every way, the car can never be mistaken for anything else, which actually helped it gain instant recognition with enthusiasts and the general public. Then the 914/6 was created, pushing performance higher with a Porsche six-cylinder engine, making it successful in motorsports, like this particular car.