Turn That Wall Poster Into Reality With This 1981 BMW M1 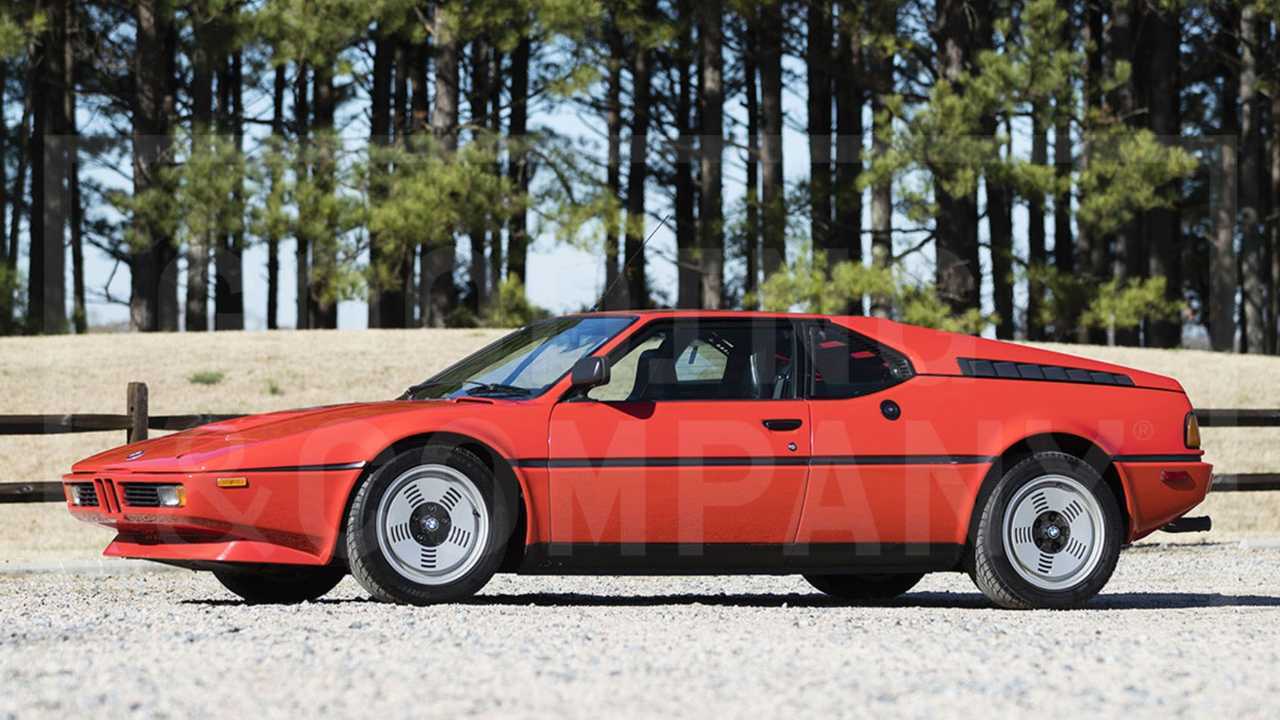 This retro supercar is unrestored and original.

A quintessential European supercar of the 1980s, the 1981 BMW M1 was a mid-engine sports car based on the 1972 Turbo car. Designed by Italdesign's Giorgetto Giugiaro, the car was dubbed the M1. Originally, Lamborghini was to build the car in a quantity sufficient for FIA homologation, but the two companies ran into conflict, so BMW went ahead with the car. Before the cars were sent to Baur for final assembly, multiple Italian vendors were sought out to build the frames along with the fiberglass bodies. This original example of a 1981 BMW M1 is scheduled to cross the auction block with Gooding & Company on Saturday, January 18th, starting at 11am MST. The estimated auction price is $400,000 to $500,000.

With just 399 of these supercars built during the two-year production run, the '81 M1 is not a car you see everyday, unless you have a neighbor that happens to house one of these rare cars in his garage. This particular car is original and unrestored and still wears its Henna Red distinctive color scheme. It was owned by one single family from 1982 until 2019 before sold to its current owner. The odometer has been stuck at 11,343 for a few years, but it was repaired back in 2015.

Under the hood sits a version of BMW's CSL racing engine equipped with 24-valve cylinder heads. The 3,453 CC DOHC M88/1 inline 6-cylinder engine comes topped with Bosch Kugelfischer mechanical fuel injection, and shifting power is provided by a 5-speed ZF manual transaxle. This retro BMW supercar has an output of 277-bhp at 6,500-rpm and could reach a top speed of 162 miles per hour. Handling comes from ventilated disc brakes and independent suspension with coil springs on all four corners.

Gallery: Turn That Wall Poster Into Reality With This 1981 BMW M1

The sale of the car comes with the owner's manual, tool roll, emergency roadside equipment, and first aid kit. all service records. An invoice from December 2019 shows that it was serviced for the fuel system and given a new pump, and the battery was replaced.

If interested in this retro 1981 BMW M1 supercar, make sure to tune in to Gooding & Company, and place your bid this Saturday, January 18th, with the auction starting at 11am MST.

Take To The Skies In This 1954 Taylor Aerocar