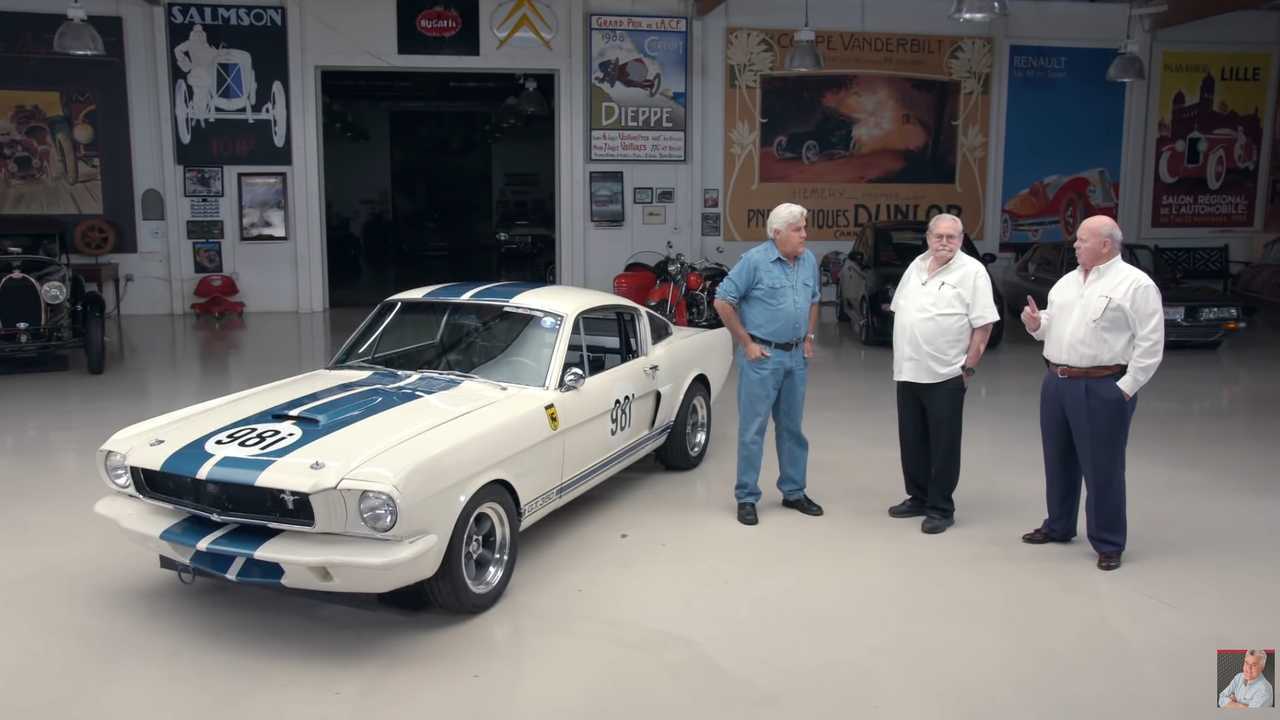 Only one company is around that is building original Shelby Mustang continuations under license, and they pay Jay Leno’s Garage a visit!

The Original Venice Crew is a team of experts, including Peter Brock, Jim Marietta and Ted Sutton, and Shelby historian Randy Richardson. They formed the company with the name that’s a nod to the original Shelby headquarters in Venice, California. The First of their continuation products is their 1965 Ford Shelby GT350R Competition, or the car commonly known as the Shelby GT350R. When the crew stopped by Jay Leno’s Garage, they had stories of the car, as well as the continuation company to share with Jay.

It was Jim Marietta who would come up with the idea of building a GT350 Competition car when he was 71 years old - Jim was a teenage when he joined Shelby in the 1960s. He was still in contact with Peter Brock and Ted Sutton, and Richardson joining completed the Original Venice Crew team.

With an idea from the team in place, the crew took their plan to Shelby to propose gaining licensing for production and selling of the modern car, and the answer was “yes.” Only 36 Shelby Competition continuation cars will make up the total, including the prototype they bought to Jay Leno’s Garage.

The mission was the make these continuation cars are authentic as possible - they’re even based on the original 1965 Mustang chassis. There are, however, a few different features about the OVC version - the cars received modern safety features, as well as an independent rear suspension, disc brakes on all four corners, and a flat window at the rear of the car.

While the engine is still a 289 cubic-inch Ford engine, it has been upgraded to crank the 306-horsepower up to 440-horsepower. Backing the more powerful engine is a four-speed side loader Bird Warner transmission. Watch as the crew shows off the prototype to Jay and tells their origin story.

Learn The History Of The 65 Shelby GT350