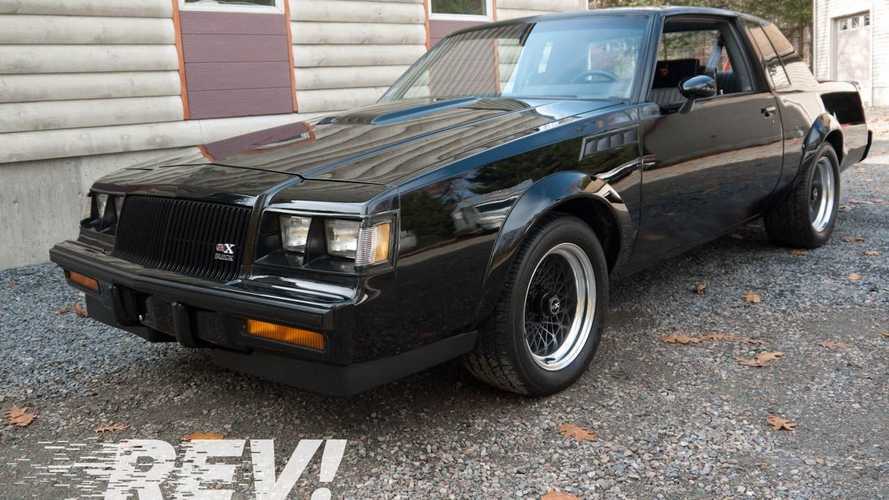 An unrestored, original example of an '80s iconic muscle car.

With stealthy black on black aesthetics and performance ahead of its time, the The 1987 Buick Grand National GNX is a staple of the '80s muscle car era. In fact, during that time it was the highest performing muscle car. REV! Muscle Cars is offering the opportunity to own a unicorn, this low-mileage and unrestored '87 Buick GNX. This one-owner example shows in new condition with a mere 7,817 actual miles on the odometer, so it hasn't seen the road very often in the span of 33 years.

This Buick GNX still rocks its original paint that shows virtually blemish free as if it just left the showroom floor. Open the doors to an interior that also appears and feels brand new. It's safe to say that this car was barely used, and it shows exactly that. Peek under the car to a clean undercarriage that shows just a tiny bit of patina, normal despite the cars age, but otherwise in great condition.

Even the engine bay shows in fantastic shape. Stuffed inside the engine bay is the stock 231cui V6 engine equipped with a Garrett AlReasearch turbo and a unique intercooler. More mechanical highlights included special bearings, a stronger valve train. With the combination, the car puts down a healthy output of 276-horsepower and 360 lb/ft of torque. With this powerplant, the muscle car can sprint from 0 to 60 miles per hour in 4.7 seconds, and dominate the quarter mile in 13.5 seconds at 102 mph.

Buick's Grand National sold 29,807 units during its four-year production span. Just 547 performance-oriented GNX models were offered making it even more desired today. The sale of this car includes the original documentation, window sticker, and accoutrements. In addition, it comes with the owner's manual, GM shop manual, and regular books.

If you're interested in snagging this stunning '87 Buick GNX muscle for yourself, don't hesitate to contact REV! Muscle Cars today. This retro Buick is listed at $105,000, but feel free to send them an offer.