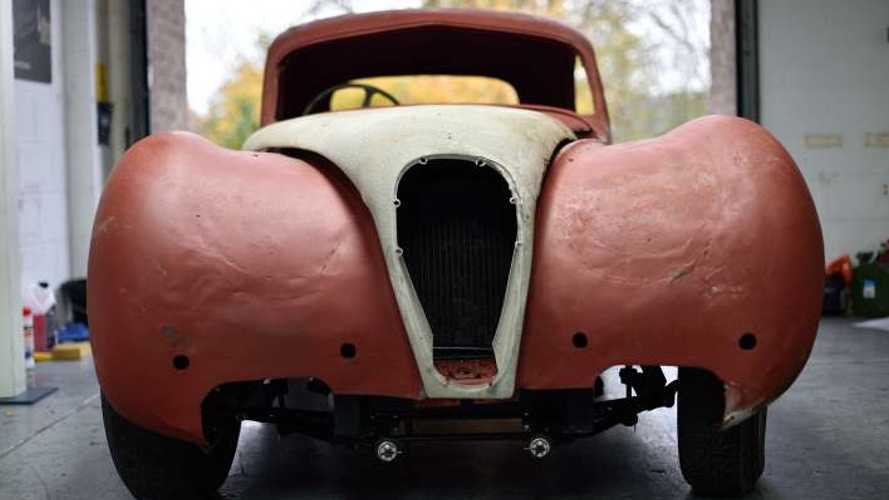 The rare 1954 Jaguar XK120 FHC in barn-find condition didn't reach near the projected sell through price at auction.

A few months back, we stumbled upon a rare 1954 Jaguar XK120 in barn find condition, with all of the experts on the car projecting a final hammer price of between $32,000 and $45,000. What actually happened was a sell through price of just over $22K, is this shocking? Maybe. Or maybe it's a reality that (certain) auction houses are far over-hyping listings to make sure they get the biggest cut. Let's examine the condition of this car to make that call.

This car has been living on a farm in Wales for the past five decades as an ongoing restoration project. The rare classic Jaguar is one of just 151 right hand drive, fixed-head coupe models made for the UK market, of which around 57 are believed to still exist today.

Presented in partially-built yet largely complete condition, albeit with many layers of dust, the car is went up for sale from its second owner.

“When a truly rare car comes to auction which has also been tucked away and off the market for decades it creates an unmissable opportunity for collectors,” explains Tristan Judge, director, The Market.

“This car’s story makes it even more interesting and appealing to buyers. With the current owner having spent some 50 years tinkering, now the opportunity exists to take-over and finish the existing project or begin a new restoration to return this classic to its former glory.”

A certificate from Jaguar Heritage that comes with the car confirms that it was produced on March 16t, 1954, and then sold by Byatts of Fenton, Stoke-on-Trent, originally finished in Birch Grey with a grey leather interior.

The ‘120’ in the name referred to the aluminum car's rated 120 mph top speed, which made it the world's fastest production car at the time of its launch. Today, the very best restored and preserved examples of the model sell for over $100,000.

This is nowhere near being an well-preserved example, so what you have to ask yourself is, is is worth more than a quarter, to nearly half, of the price of the best examples out there? Bidders didn't seem to think so, even though the company hosting the auction did.

We've seen this happen in several auctions over the last 18-months, and buyers seem to be over the hype. When auction houses are going high, the bidders actually seem to be less impressed, and go lower.

Do you think this is a trend, or just a few coincides in a short period of time?