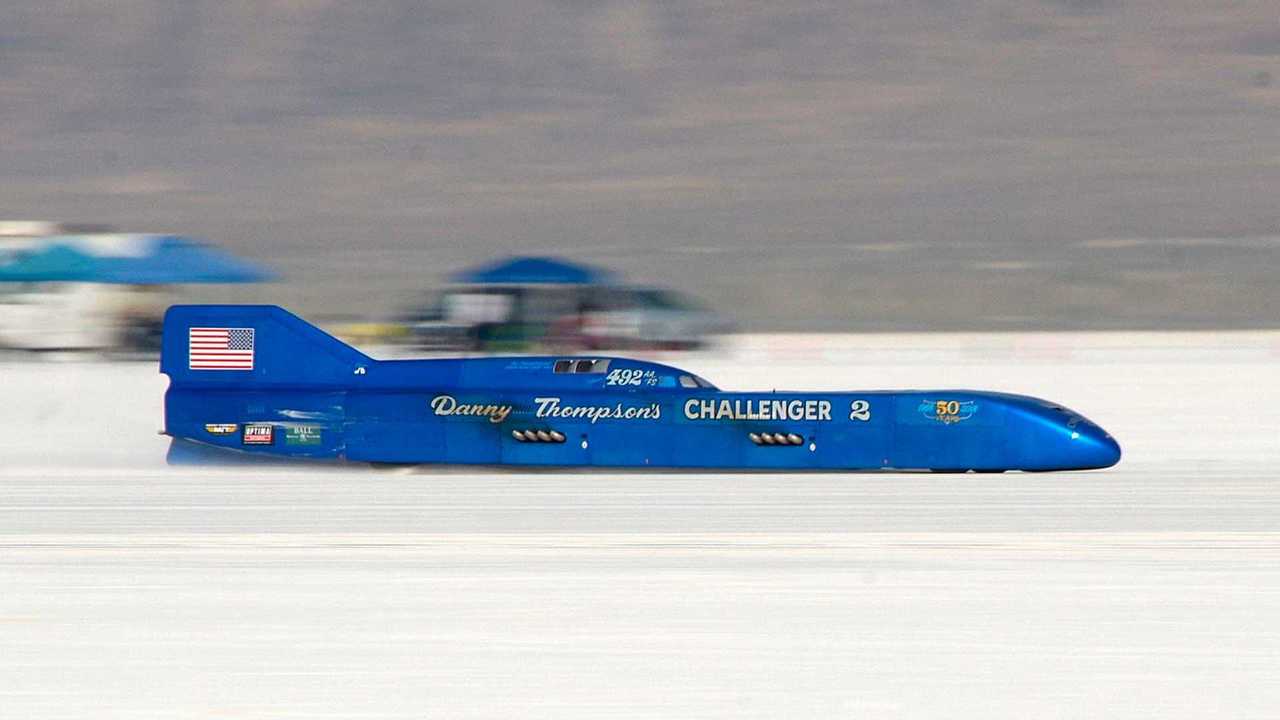 Talk about a different kind of Hemi Challenger!

Racing legend Mickey Thompson designed his Challenger 2 Streamliner to be a land-speed record holder, but poor weather and his brutal murder prevented him from succeeding. Fifty years later, Thompson's son Danny completed his dad's dream by piloting Challenger 2 to become the fastest naturally aspirated, piston-powered vehicle in history with a record speed of 448.757 mph. This record-setting land-speed car sold at Mecum Kissimmee for $561,000.

Mickey Thompson became the first American to top 400 mph just in 1960 with a speed of 406.6 mph in his Challenger 1 car, but a vehicle malfunction denied him an official record. Challenger 2 was designed in 1968 to allow Mickey Thompson to break the speed record using a more streamlined vehicle packing more power harnessed from a pair of 427 CID SOHC V8 engines. As was the case with his first attempt, Challenger 2 was denied a record due to flooding on the lake bed. A third land-speed record attempt was being planned with Challenger 2 in 1988, but Thompson and his wife, Trudy, were murdered in March of that year.

Fast forward to 2018, Danny Thompson spent seven years restoring and updating Challenger 2 to make yet another speed record attempt. The biggest change was swapping out the 427 CID V8s with a pair of 500 CID Hemi engines – these new engines combined to produce 5,000 horsepower compared to the car's original setup of 1,800 horsepower. On August 12, 2018 (50 years since the car was designed), Danny Thompson drove Challenger 2 to a speed of 448.757 mph making this the fastest naturally aspirated, piston-powered vehicle in history.

Gallery: Own A Different Kind Of Hemi Challenger

With so much history and a connection to two racing icons, it's surprising that the Challenger 2 Streamliner's sale price fell well short of its pre-auction estimates of between $900,000 and $1.5 million, but it was extremely exciting to watch the bright-blue, 32-foot long record holder roll across the auction block.