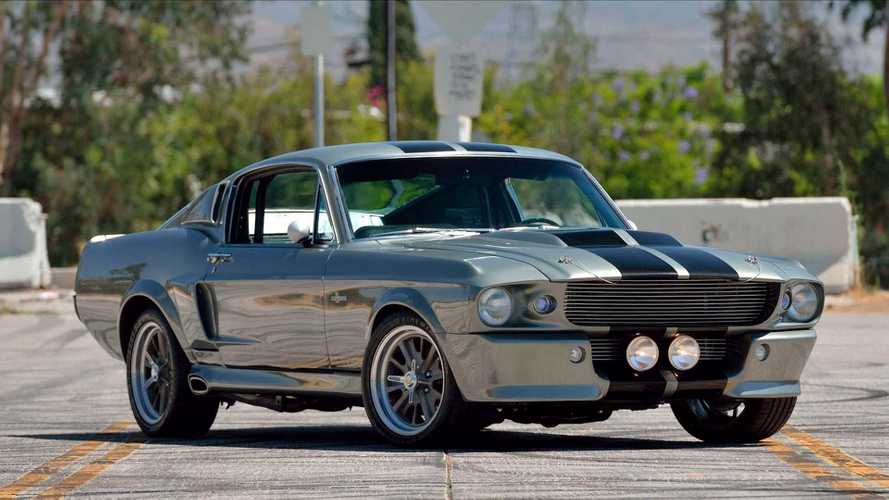 Mecum credits this movie car with starting the restomod craze.

This year's Mecum Kissimmee auction event turned out to be an impressive one for movie-star Mustangs. Following Friday's record-setting sale of the Bullitt Mustang, the action continued Saturday with the Gone In 60 Seconds hero car – aka, Eleanor – selling for $852,500! It's been 20 years since this movie remake made its box office premier, and in that time, this gray and black 1967 Shelby GT500 has become one of the most recognizable movie cars of all time.

In an interesting side note, the unique molds used to originally create the Eleanor Mustangs sold as a separate lot for $20,000.

Anyone can go out and get an officially licensed Eleanor Mustang for under $200,000, but an actual hero car from the movie is definitely what brought in the big bids. This car was one of 11 Shelby GT500 clones built for the movie by Cinema Vehicle Services wearing identical Pepper Gray paint jobs with Black racing stripes, but don't worry, this one wasn't used for any of the intense jump scenes. Instead, this particular stunt car was used as the "Dream Car" being filmed in chase scenes in the ship yard, L.A. River and throughout the city.

As if its life wasn't pampered enough already, this Eleanor Mustang fastback is fresh off a rotisserie restoration, which was also completed by Cinema Vehicle Services. Under the hood, this Eleanor is rocking a blueprinted 351 CID V8 that has been beefed up with aluminum heads, Edelbrock intake, roller camshaft, MSD ignition and headers with side-exit exhaust. No word on power output, but the nitrous system brings an extra 100-125 horsepower to the party. The Tremec TKO five-speed manual and positraction rear end with 3.70 gears help lay down all that power, while the Wilwood disc brakes makes sure this car can still stop on a dime.

Gallery: 1967 Ford Mustang Hero Car From 'Gone In 60 Seconds' Up For Grabs

This movie-used Eleanor has just 90 miles on the odometer since it was fully restored, and most of these miles were apparently spent doing burnouts for a publicity video, which you can see below.