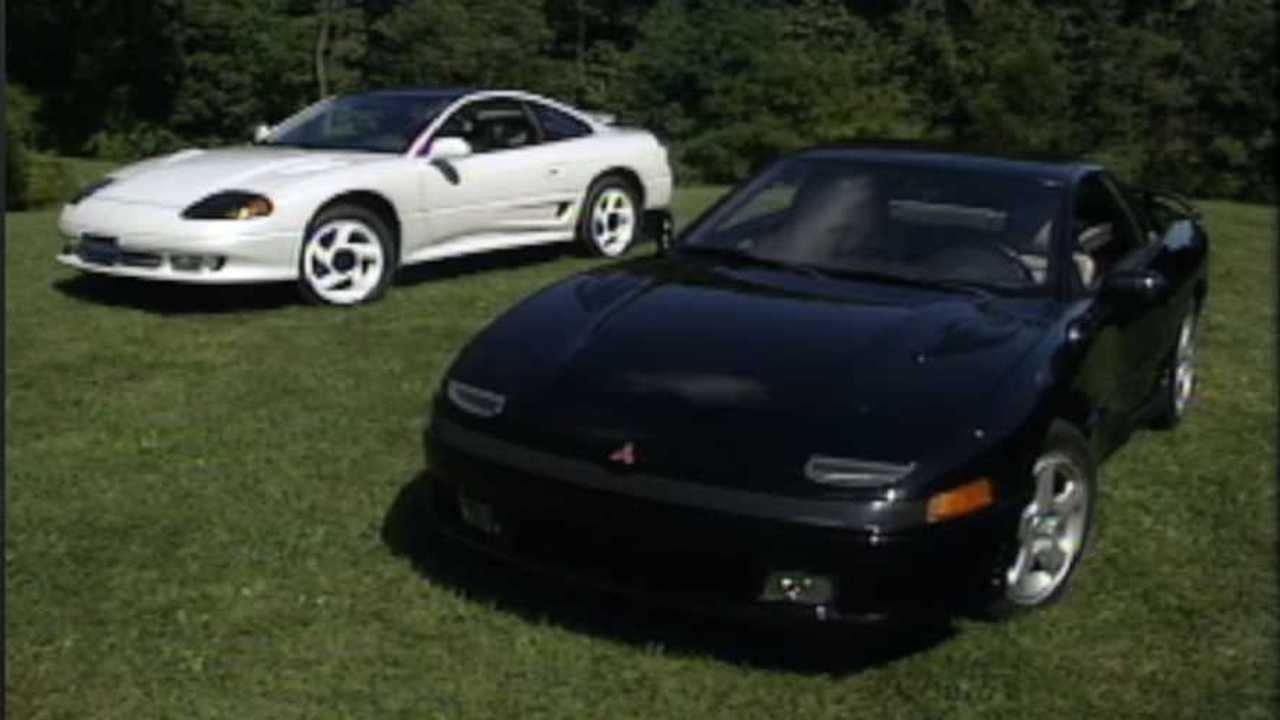 The Dodge Stealth is included for good measure.

As Japanese cars are becoming more widely recognized as collectibles in North America, the Mitsubishi 3000GT and its close cousin the Dodge Stealth are seeing growing interest. That makes looking back at this old MotorWeek review of the 1991 models entertaining and informative.

Most people never realized the Dodge Stealth and Mitsubishi 3000GT were the same car under the skin. Born out of the Diamond Star Motors cars venture between Chrysler and Mitsubishi, it was the only such vehicle to be made in Japan and not here. This angered the UAW, which campaigned against the Stealth R/T pacing the 75th Indianapolis 500 back in 1991. Famously, Carroll Shelby drove a prototype Dodge Viper instead.

Technologically advanced, the Mitsubishi 3000GT VR4 and Dodge Stealth R/T both were impressive sports cars for the time, holding their own against not only domestic rivals like the Mazda RX-7 and Nissan 300ZX but also performance models from Europe and the US. Despite some believing these and other Japanese sports cars died out in the late 1990s because of a sheer lack of interest, it was the country’s struggling economy and crazy changes in currency exchange rates which lead to inflated prices which ultimately spelled their doom. Sadly, if automakers had been assembling cars here in the United States like they do now, things might have been so much different.

With older Millennials getting into car collecting, we’re seeing prices of many 1990s Japanese sports cars on the rise. The Mitsubishi 3000GT and Dodge Stealth haven’t been hit by the trend, yet. Those willing to take a chance on these two could be pleasantly surprised. Plus, they’re both a blast to drive and they’re good-looking cars.

If you’re going for an investment-worthy car, try getting the 3000GT VR4 Spyder since it commands the highest prices on the market and should continue to do just that. Not many were imported into the United States, so you might have to hunt for one. Of course, not matter what car you get, an unmodified and low-mileage example is usually a good bet.

Mitsubishi Model A Honored By JAHFA