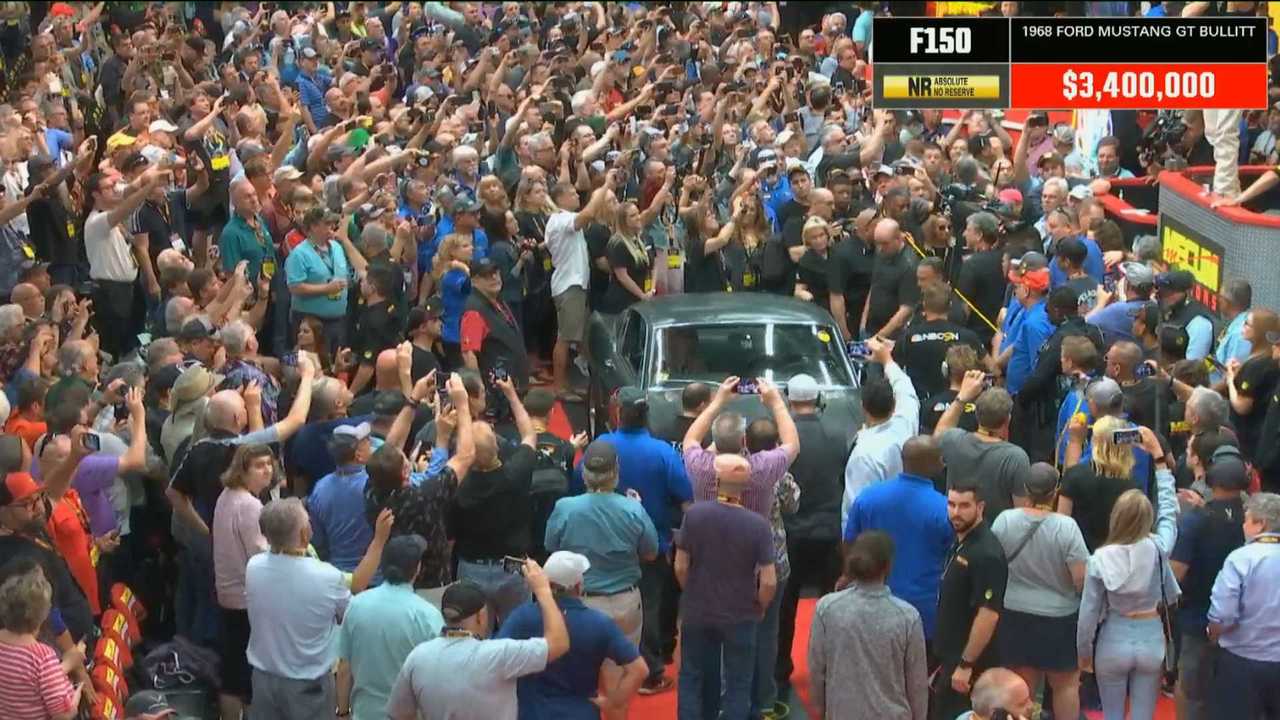 This is THE Bullitt Mustang driven by Steve McQueen!

The Highland Green 1968 Ford Mustang GT Fastback from 1968's Bullitt is easily the most iconic movie car of all time, and it was definitely the most anticipated car at Mecum's 2020 Kissimmee event. With no reserve, this Mustang was sure to change hands, but how exactly did this car get from Steve McQueen's hands to become the highest-selling Mustang ever with a staggering $3.4 million auction price ($3.74 million after buyer premium)? Keep reading to find out!

Gallery: Here's How The Bullitt Mustang Went From Hollywood To Mecum

It's said that Steven McQueen himself had a hand in creating the unique look of this car, which included removing the Mustang badges, adding American Racing wheels and scuffing the paint up to give Detective Frank Bullitt's car a weathered look. When filming was complete, the Mustang was sold to a Warner Bros. employee who then sold it to a New Jersey detective in 1970. Four years later, the car was posted for sale in a October 1974 issue of Road & Track magazine listed as the "1968 Bullet Mustang," and it was purchased by Robert Kiernan for around $6,000.

Oddly enough, the car was bought only because Kiernan wanted a fastback Mustang with a big block, and the one-car family used the Mustang as a daily driver through the late '70s. In 1977, Steve McQueen called Kiernan in hopes of buying the car back, but he wasn't interested in selling. In a letter dated December 1977, McQueen again asked to buy the car back in hopes of keeping the Mustang in original condition. Although McQueen never got his car back, the Kiernans did honor his desire (whether on purpose or just through a lack of time) to keep the car unrestored.

After lying dormant for so long, this Mustang has been busy since being "rediscovered" in early 2018. Not only was this car used to help launch the 2019 version of the Bullitt Mustang, it also was the 21st car to be added to the National Historic Vehicle Register.

With this auction, the original Bullitt Mustang became the highest-priced Mustang ever at auction easily surpassing the previous record price of $2.2 million for a 1967 Shelby GT500!