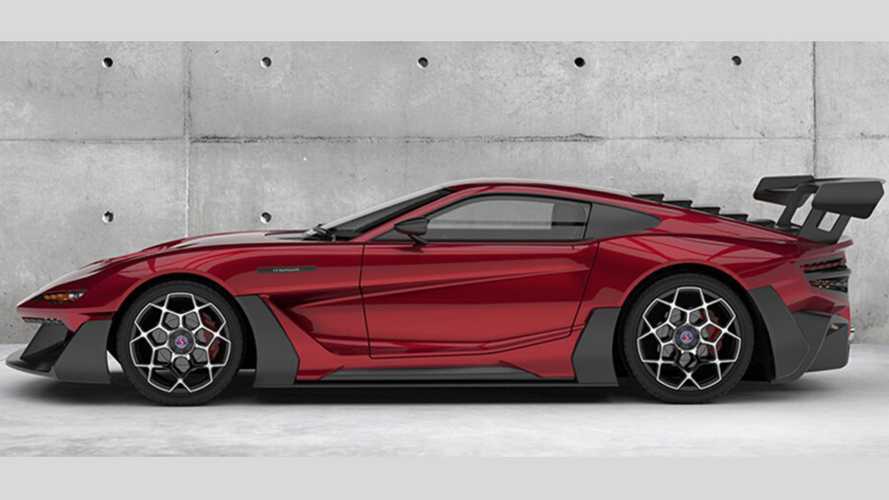 You could be driving something close to this in the not-too-distant future.

If you want the thrill of a V12-powered supercar and don’t have a small fortune to spend, you probably feel hopeless about fulfilling that dream. Coming to the rescue is Factory Five Racing, which recently unveiled a new F9 and F9R concept supercars. This means the company has developing plans for getting affordable V12 vehicle in the hands of enthusiasts sometime in the near future.

Using the latest-generation Factory Five spaceframe chassis, the F9 and F9R promise quite a few thrills for road and track driving. The engine sits behind the front axle, while the nose has been designed to produce optimal downforce and powertrain cooling, with different designs for the F9 and F9R. Buyers will be able to opt for the tall rear wing or leave it off, among other options.

You might remember the Factory Five GTF prototype from about a year ago. The company scrapped the design and started over, bringing in Phil Frank, the designer who drew the lines for the Saleen S7, and this is the result. Overall, the concept looks fierce and quite aerodynamic, so it should really impress people when they first see it.

As shown at SEMA 2019, the F9 and F9R will be using a 9.5-liter V12 LS engine which cranks out a monstrous 750-horsepower and 700 lb.-ft. of torque. Alternatively, builders can fit a Ford crate engine or modular engine.

We don’t have to wait too long for the Factory Five F9 and F9R. Production is estimated to begin sometime in the latter part of 2020 or the first quarter of 2021. For now the cost is a mystery, but expect it to be a screaming deal for the amount of performance it pushes, if Factory Five’s track record holds true.

Founded in 1995, Factory Five Racing has been providing affordable performance vehicles to enthusiasts since the beginning.