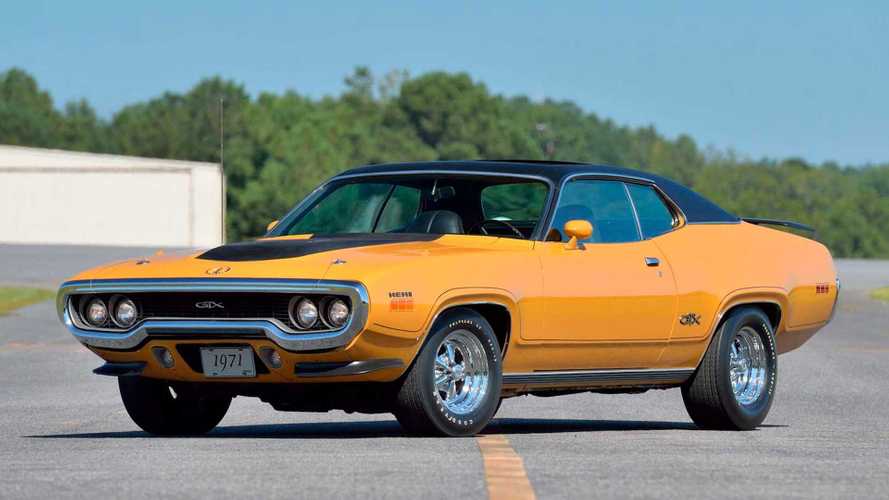 This Hemi GTX came from the factory loaded to the gills, and it features a super-rare factory sunroof.

The highlight of this GTX, of course, is its 425-horsepower, 426 CID Hemi V8, and while any Hemi-powered classic Mopar is worth its weight in gold, this car's claim to fame is that it's just one of only two Hemi GTXs ever built with a factory sunroof! The long list of factory options almost doubled the car's base MSRP, and it included features such as the Hemi, four-speed manual and sunroof as well as power windows, power seats, houndstooth interior, AM/FM cassette radio with a microphone and the Dana 4.10 Super Trak Pak. With almost $3,000 in options, this 1971 Plymouth GTX cost more than a Cadillac Coupe de Ville.

On top of the Hemi engine, rare sunroof and all of the other options equipped on this car, this GTX is still in original, unrestored condition with less than 50,000 actual miles showing on the odometer. This well-documented Mopar was originally purchased by a decorated Vietnam veteran in late 1971, and it was eventually acquired by the Wellborn Musclecar Museum in 2005.

This 1971 Plymouth GTX was one of 10 cars from the Wellborn Musclecar Museum that was auctioned off at Mecum's 2020 Kissimmee event.

Own A Different Kind Of Hemi Challenger

Here's How THE Bullitt Mustang Went From Hollywood To Mecum