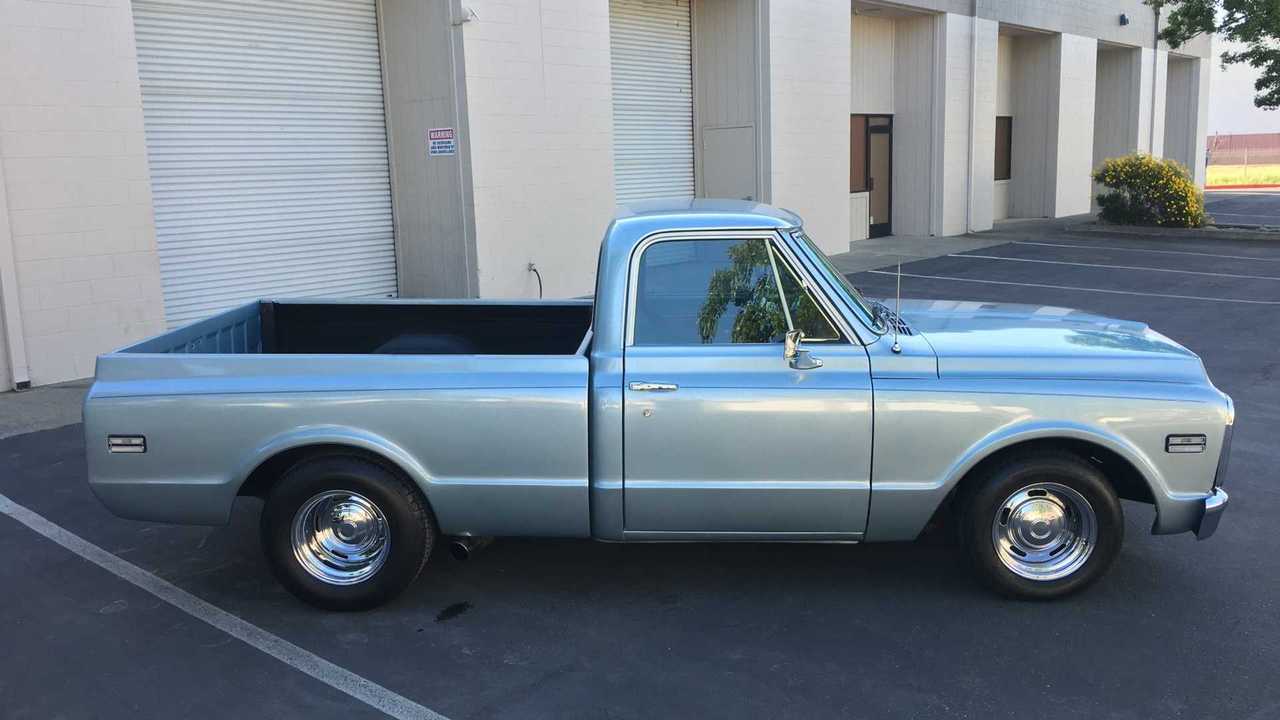 And it will haul way more than lumber!

GM's muscle cars were among the best of this era, but its powerful engine technology didn't stop at passenger cars. For an example of that, just take at this short-bed 1969 GMC C10 currently being sold by American Muscle Car Recovery. As you can tell, this truck has received a plenty of custom touches, but the best part of this truck is what's lurking under the hood.

In place of the inline-six engine that this truck originally came with, there is now a 396 CID V-8 perched under the hood paired to a three-speed TH400 automatic transmission. It's not clear if this big block was sourced from another truck or from one of the more powerful versions available offered in muscle cars of that era such as the Chevelle, Camaro, Nova and Impala. Regardless of what application this engine came from, this custom C10 will certainly haul!

That custom exterior starts with swapping out the GMC's quad headlights for the Chevrolet's single headlight design, which looks even better with this truck's billet grille.  The fuel door was shaved with the fuel cell relocated to under the bed, and the slick Azure Silver paint job looks great with the truck's lowered stance and rally wheels. The side-mounted exhaust pipes give a clue that this is no farm truck, and they should provide quite a rumble.

The beautiful exterior color carries over into the interior on the painted dash and doors, but the only real custom part of the cabin is the Budnik four-spoke steering wheel. The houndstooth seats adds to this truck's muscle car look and feel, while the cabin gets added touches like a trio of auxiliary gauges, modern sound system and air conditioning. No matter where you look on this truck, it's incredibly clean with not a hint of rust in the tailgate hinges or the underside, and the bed doesn't have a single scratch or dent in it.