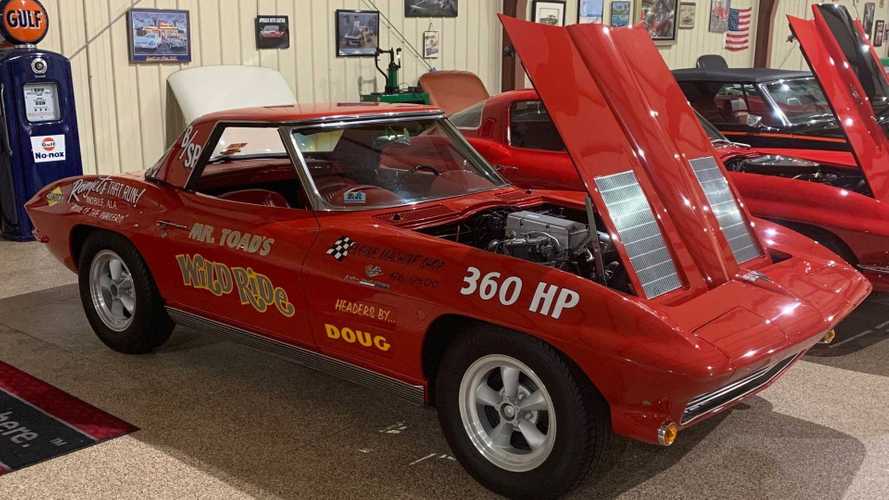 This is truly a once-in-a-lifetime find!

This 1963 Corvette is a GM factory Pilot Line Car, designated as serial Number #18. That means it's the 18th Corvette to come off the assembly line for the 1963 corvette year model - although, the car was actually built in early 1962.

All Pilot Line Corvettes where basic test cars to challenge different pieces and parts to see what worked, and looked good before the actual cars went into production. Charlie's Classic Cars has the factory photos of this Vette during testing, which are included with the sale of the car - what a great way to share the history of the newest addition to your collection.

Amazingly, this Corvette still retains its factory sand cast fuel injection unit, which is unique to this car, and used for testing the fuel injection system for 1963. It has managed to keep several of its original factory interior pieces, which are different from the standard items that went on the production cars.

Unlike the production cars, this one has all hand-laid fiberglass making up the body components, which looks somewhat crude, unlike the production made fiberglass pieces that were smoothed and cleaner looking. All 1963 Pilot Line Corvettes where designed with red on red, and all where fuel injected - body styles were a mix of roadsters and coupes.

Pilot Line Corvettes out there are shown to have what is called ‘Knock Off Wheels’, a rare option which didn't really go on production corvettes until 1964, due to some flaws in the casting in 1963. Charlie’s does have a set of these wheels going on the Corvette to make sure it's authentic to its days of testing.

The ultra-rare Vette is powered by 360-horsepower engine, backed by a four-speed manual transmission, and is a once in a lifetime find. To make an offer, see it here now.