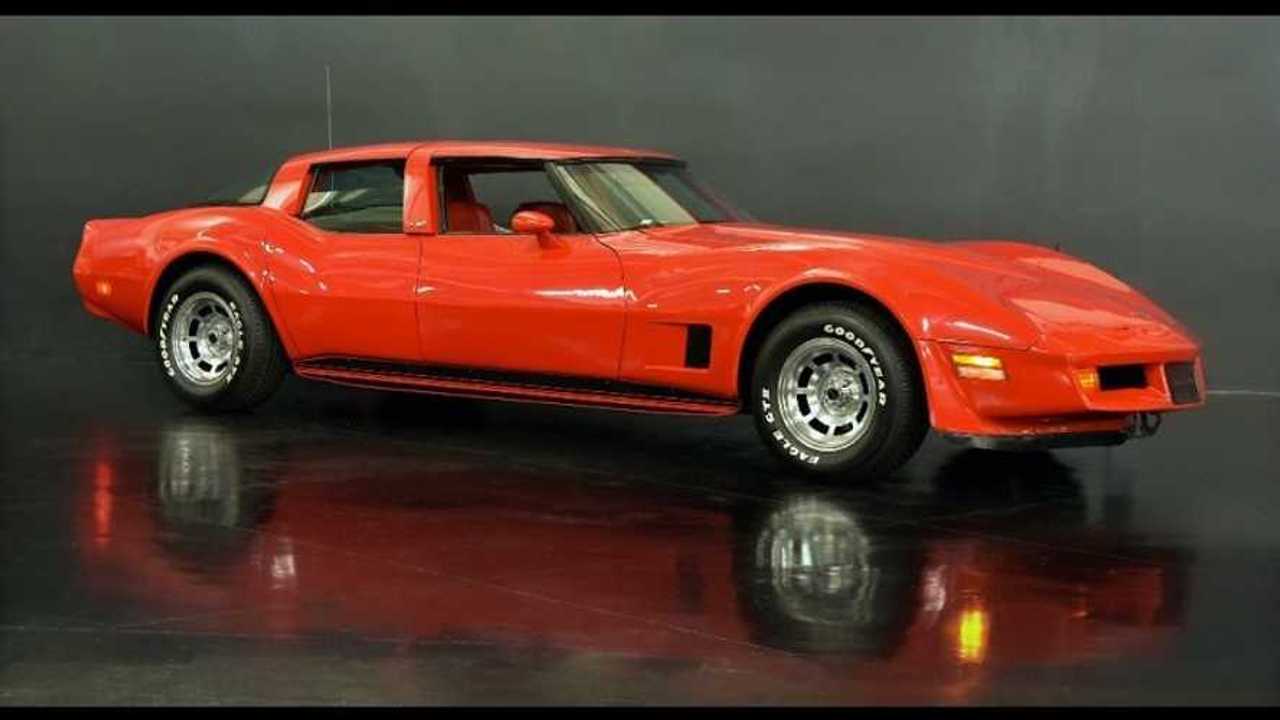 Only six of these four-door Corvette sedans were made and only two are known to still exist.

Those unfamiliar with the four-door 1980 Chevrolet Corvette may believe that this is just another one of those fun Photoshop renderings, but this car actually exists. In fact, 6 of these Corvette sedans. Not all of them still exist as three of them were totaled or crashed, and one was a prototype. That means that only 2 of these cars are left in existence, and here sits one of them. This particular car was featured in Road and Track magazine, and it is for sale.

Everything is numbers-matching from the powertrain all the way down to the suspension. This lengthy classic is cloaked in bright red, has four doors, and double removable T-tops. With only 20,000 miles on the ticker, it was driven mainly to car shows. Under the hood is a 350cui V8 engine backed by an automatic transmission.

While six of these cars were produced, five of these Corvette sedans were made for customers by a Pasadena-based company called California Custom Coachworks. As mentioned above, one of the six was a prototype. Stock Corvette bodies were used, lengthened a whole 30 inches, and given four seats and four doors to turn it into this interesting muscle car sedan.

Back in the day, one could purchase one of these for $35,000, but that price has since skyrocketed. While that was double the price of a base Corvette model back then, this one is for sale for $102,562. Sure, that is a nice chunk of change, but it is incredibly rare. In fact, this four-door Corvette is guaranteed to grab attention no matter where it goes. And as rare as this car is, chances are that very few have actually seen one in these in person or even know that such a thing exists. So, if this is right up your alley, go ahead and contact NBS Showroom to get your hands on this bad boy.

Turn Dreams Into Reality With This 1965 Chevy Corvette Restomod