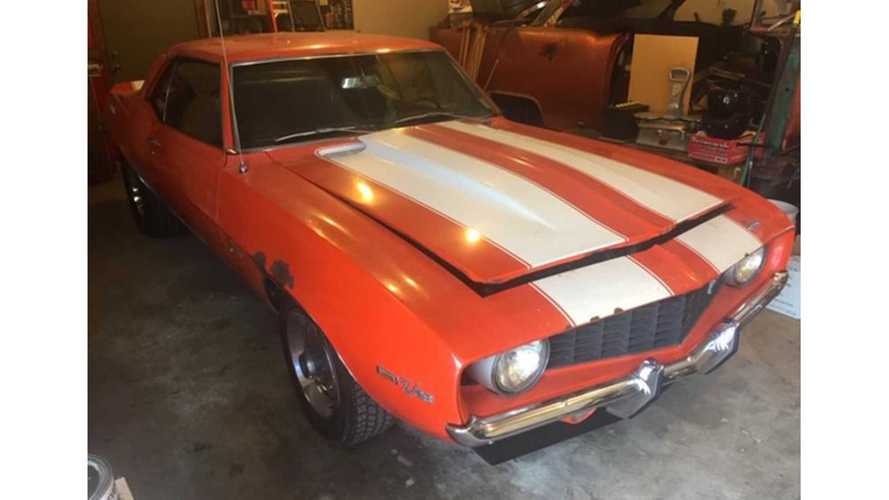 This iconic muscle car has low miles and is in mostly original condition.

The 1969 Chevrolet Camaro Z/28 is the quintessential muscle car, but the problem these days is finding one that hasn't been restomodded or left to rot. Tom Mack Classic's Carolina In January auction event will serve up the perfect solution when this unrestored Camaro Z/28 crosses the auction block on Saturday January 11, 2020.

What's really special about this Camaro is that the current owner has had it since 1979, and the 84,000 miles showing on the odometer is claimed to be actual miles, which is seemingly backed up by the fact that this car was last registered in 1985. In the 1980s, the car was upgraded with a Cross Ram dual-quad carb setup, cowl-inducted hood and rear disc brakes; the original hood, intake and carburetor are sold with this car. Other than that, this is an all-original 1969 Camaro.

Except for the hood, the iconic Hugger Orange paint job and white racing stripes have never been repainted, and while there are some flaws in the body and paint, it all appears to be superficial. This Camaro still has its original rally wheels, bucket seats and center console as well as the numbers-matching 302 CID V8 and Muncie four-speed manual gearbox. While there are many first-gen Camaros out there, few have the originality of this '69 Z/28!

In addition to the collector car auction, there will also be a two-day Indoor Flea Market and Collector Car Corral that will run from 8 a.m. until 5 p.m. on Friday and Saturday; there are limited spaces available and an entry fee of $130.