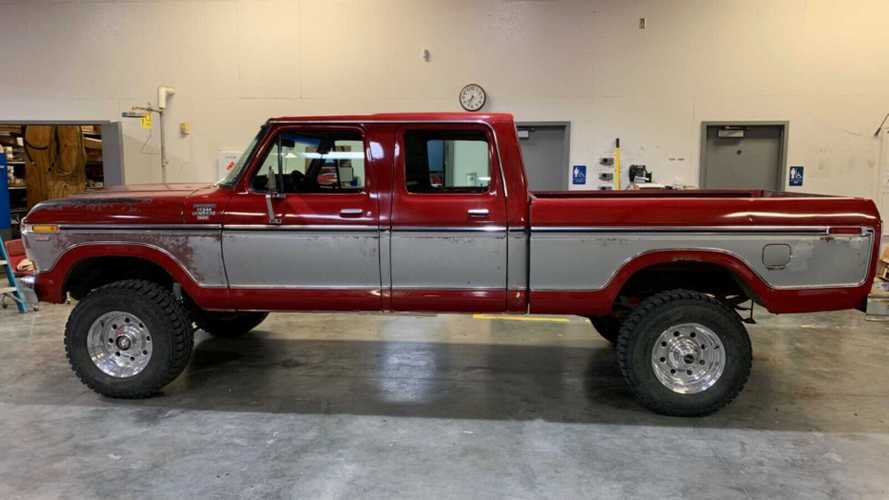 Bidding for this truck was hot and heavy!

Normally, a '70s Ford truck with patina wouldn't spark enough interest for an eBay find, but this 1979 Ford F-250 Ranger XLT Crew Cab 4x4 was a notable exception. For starters, these four-door Ford pickups are becoming increasingly rare in decent, running shape, and this one was even better with low miles and mostly original condition.

This truck initially caught our eye by receiving more than 30 bids within the first 24 hours of being listed raising the price to $23,000, and bidders drove the price even higher by the end of the truck's weeklong listing. When all was said and done, this rare survivor found a new home for $29,700 with 65 bids placed.

According to the auction listing, this F-250 is a three owner truck with 73,000 actual miles, original paint and limited modifications. The truck was built in April 1979, and it was purchased new outside of Springfield, Missouri where it spent the next 35 years (and 68,000 miles) with its original owner; this truck is even sold with its factory build sheet! The seller indicates some maintenance repairs were made recently as well as the addition of a four-inch lift – all the original parts come with the truck to put it back to its stock ride height.

The 1979 model year marked the last year for Ford's sixth-generation F-Series design, and this F-250 is powered by the 400 CID V8 with a four-speed manual transmission. The truck's paint has a good amount of patina on it and there do appear to be several spots of minor surface rust, but overall, this truck is in pretty good shape considering its age and the fact that it spent the majority of its life in the Midwest.