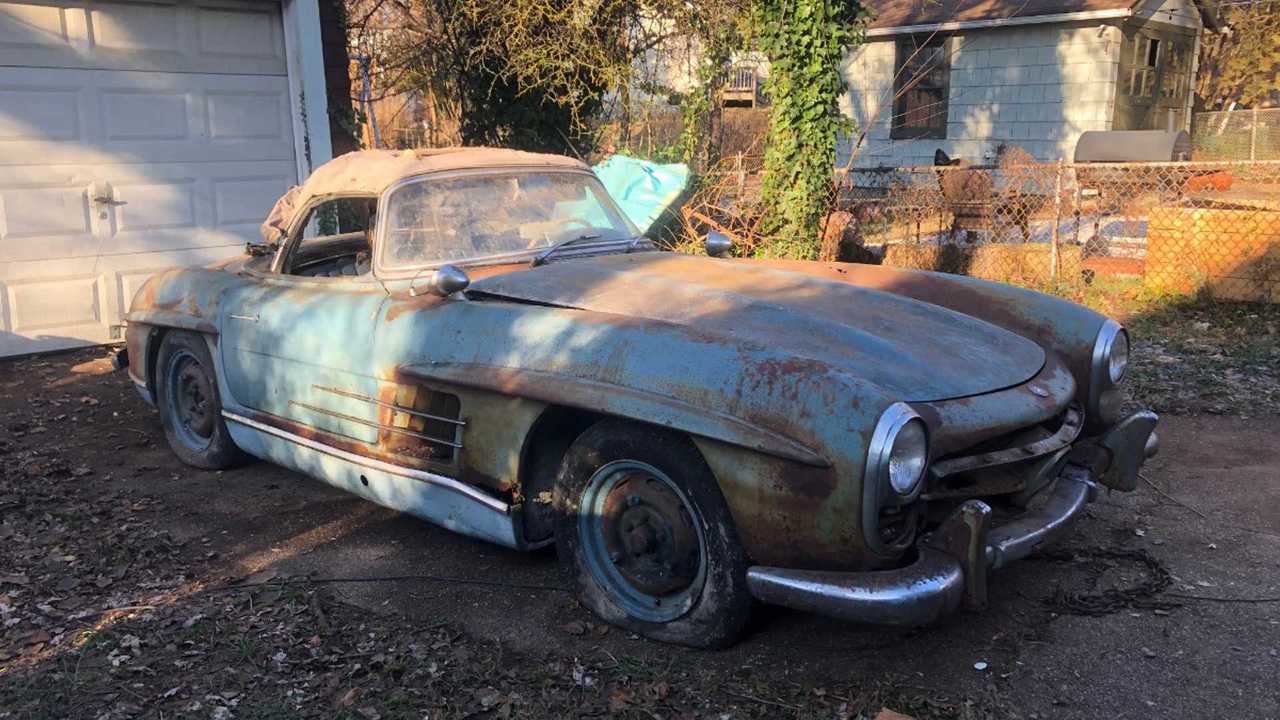 That might seem insane, but you should see what concours examples sell for.

People are astounded a 1961 Mercedes-Benz 300SL Roadster barn find with considerable damage sold for $800,000. This car was a barn find discovered by the Beverly Hills Car Club, which then listed it for sale as is. As you can see from the pictures, the classic car wasn’t exactly in pristine condition, with considerable rust damage to the chassis and body, plus substantial tears and mold buildup in the seats. Still, it’s a numbers-matching example, and in any condition those sell for a ton.

Considering a mere 101 Roadster models were built for the 1961 model year, this classic German is quite rare. Many regard the Mercedes-Benz 300SL as one of the most important vehicles made last century, considering it hit a top speed of 160 mph, which was almost unheard of at the time. It also features four-wheel disc brakes.

Reportedly stored in a junk-filled garage which no doubt had several leaks, the Mercedes-Benz has lived a hard life. It’s difficult to tell the car originally wore a nice blue with a matching blue interior. Only 75,629 miles show on the odometer, but you be the judge of whether that’s accurate or not.

This particular example was being sold with a long list of documentation, including the owner’s manual, original bill of sale, and service booklet.

Mercedes-Benz only made the Roadster version of the 300SL until 1963, with production hitting a total 1,858 units. It and the coupe version with those iconic gullwing doors have had a lasting influence on automotive design.

When historical importance, rarity, and an overall iconic persona combine, the result is a classic car with astronomical value. Fully restored, the value of this car would easily punch well above $1 million, and as a concours example it would approach the $1.5 million mark. That puts into perspective the $800,000 price for a junked-out version.

Check Out This Authentic 1964 Shelby Cobra

Rare Dodge Challenger Demon Is King Of The Trailer Park