Rare Dodge Challenger Demon Is King Of The Trailer Park 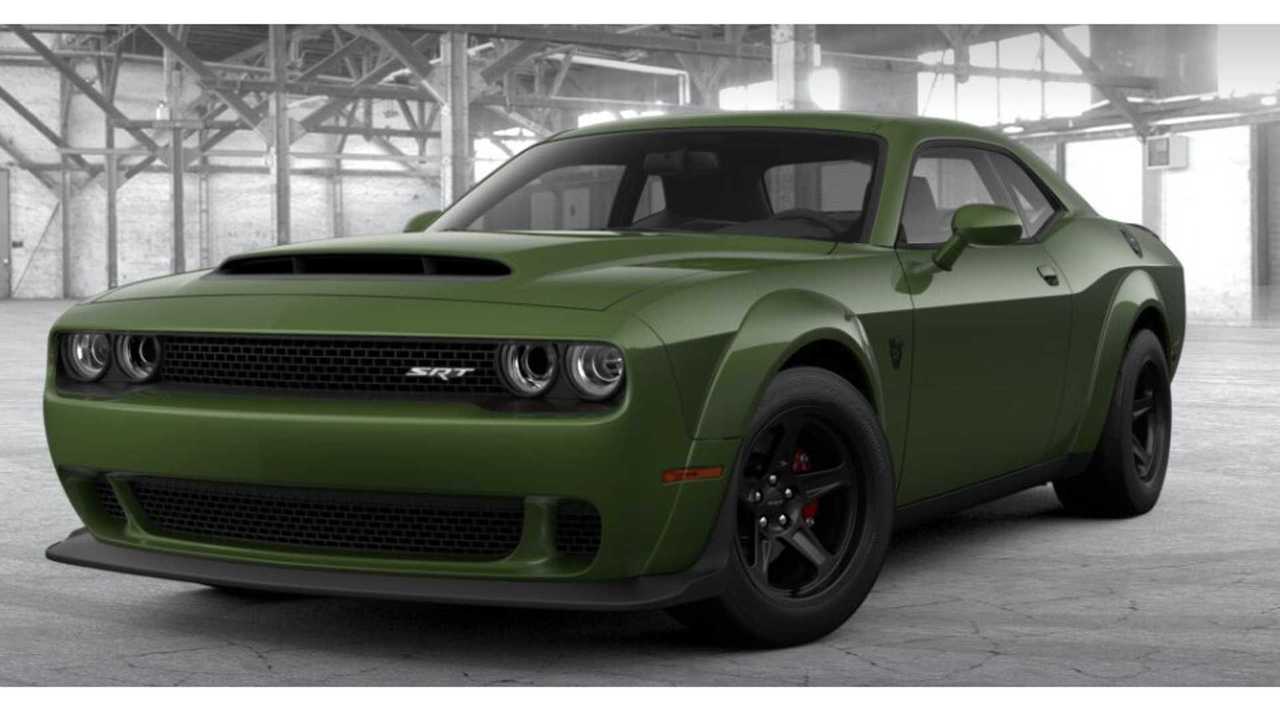 At least this owner took the yellow chin spoiler protectors off.

Not everyone has the means to afford 11- or 20-car garages to store their cars in. Sometimes gear heads actually live in the real world... or at least this car-port parked 2018 Dodge Challenger SRT Demon would lead us to believe. Images were posted to a Mopar Facebook fan page showing a Demon parked under a car port in a trailer park, and while we're not judging anyone, it's comical to see the juxtaposition of the rare, $85,000 drag-racing muscle car parked in such a setting.

Dodge only made 3,300 examples of the 2018 Dodge Challenger SRT Demon, and you can be quite sure that many got hoarded away into private collections. Of the 3,000 that were sold in the U.S., it's estimated that only 122 of the 3,000 Demons were painted in F8 Green as this car is, which makes this particular example even rarer. And this one appears to be living a life that is a little more accessible and visible than most Demons are.

Despite their high MSRP, which almost tripled the price of a base 2018 Challenger V6, these cars are already appreciating assets. Originally priced at $84,995, it's not hard to find low-mileage examples of the Demon commanding prices well into the six figures. That means this partially exposed Demon is still a wise investment even if you don't have a fully secure storage solution.

The reason for this car's exclusivity, of course, is that it was produced only for the 2018 model year, and it's been set up for drag racing with reduced weight, fat tires and a supercharged 6.2-liter Hemi V8 under the hood. In the Demon, Dodge's Hellcat Hemi has been tuned to 808 horsepower and 840 horsepower on higher-octane racing fuel. While the Demon is at home doing wheel stands on the quarter mile, this F8 Green Demon still looks sinister.

Join The Dark Side In A 2018 Dodge Challenger SRT Demon