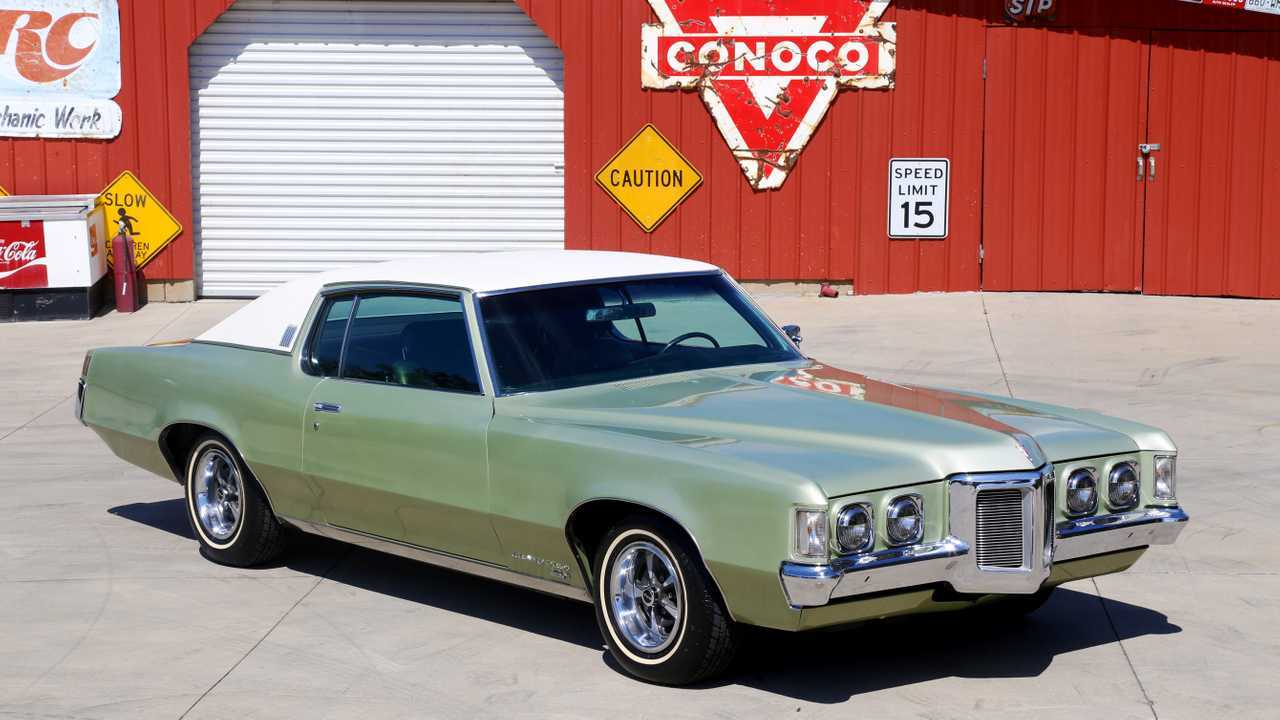 This one-family owned classic has been garage kept since day one.

If you want a classic Pontiac that stands out from anything else out there, forget about Firebirds and GTOs, and check out this well-preserved 1969 Pontiac Grand Prix. The 1969 model year was the first year of the second-gen Grand Prix, and this one being sold through Smoky Mountain Traders is probably one of the best-looking classic Grand Prixs out there.

With the exception of a new vinyl top, this Pontiac is 100 percent original. This car was owned by a single family since it was new, and according to the listing, it has been garage kept its whole life. The Limelight Green paint is original to the Grand Prix as are the bumpers, chrome and stainless trim, and the factory 14-inch wheels finish off the car's classic look. As nice as the exterior of this car is, the inside is like a time capsule with everything looking as clean as it did back in 1969 right down to the green carpet. Even the underside of this Grand Prix is just as impressive as the rest of the car!

It's obvious that this car was garage kept since new, but another factor playing into its excellent condition is that the 62,229 odometer reading is claimed to be actual original mileage. Under the hood is the numbers matching 400 CID V8 that was rated at 350 horsepower back in '69, and it's paired to a Turbo 400 three-speed automatic transmission, which is also said to be original to the car. Intended as a personal luxury car, this 1969 Pontiac Grand Prix is set up for cruising with factory air conditioning, power steering and power brakes.

If you're in the market for a classic car that is different from everything else at the car shows, then you'll want to check out this 1969 Pontiac Grand Prix. This mostly original survivor is in excellent shape and is being sold by Smoky Mountain Traders for $27,995, so contact them today and leave your friends green with envy.