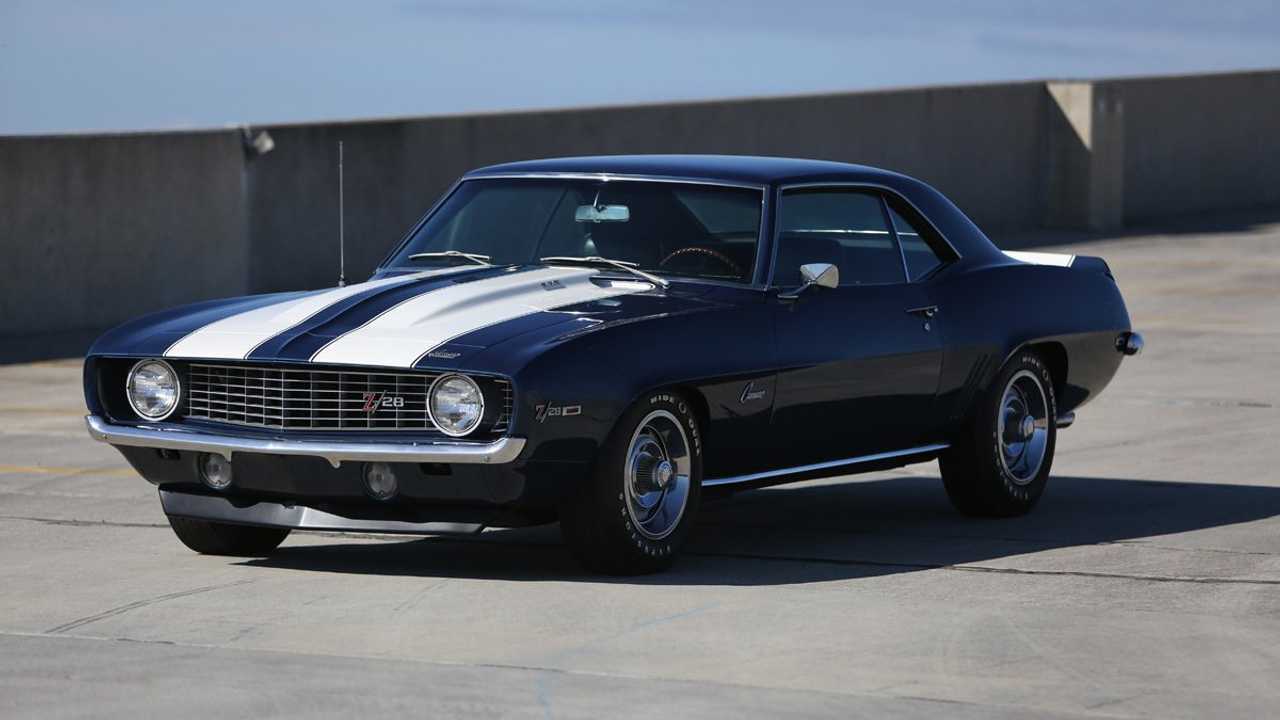 Jorts and a '70s mustache are optional!

Gardner Minshew II got plenty of attention this NFL season thanks to his big arm and even bigger fashion statements. During the rise of #MinshewMania, the rookie quarterback stopped by J7 Motorsports in Jacksonville, Florida to pose with this 1969 Chevrolet Camaro Z/28, which is a near-flawless example of Chevy's original pony car.

There are classic cars, and there's the first-gen Camaro. Although the '69 Z/28 isn't as rare as the '67 or '68 model years, this year is arguably the best-looking of the first-gen Camaros. This particular car is painted in a beautiful dark blue hue with white Z/28 stripes, and the paint quality and chrome work looks absolutely amazing. The classic styling is finished with rally wheels and period-looking Firestone tires.

For 1969, which was also the final year for the first-gen Camaro, Chevrolet gave the body some subtle yet effective styling updates. The most notable include the V-shaped grille resulting in more prominent headlight housings, while the rear of the Camaro got new taillights increasing from two to three lenses. The biggest change inside the car was the addition of square-shaped instrument gauges, which gave inspiration to the retro cabin design of the fifth-gen (2010-2015) Camaro.

Under that striped, cowl-inducted hood sits the Z/28's 302 CID V8 with a four-barrel carb rated at 290 horsepower, and the engine is mated to a four-speed Muncie manual transmission. For added performance, the '69 Z/28 was equipped with dual exhaust and power front disc brakes.

Something about the lines of these early Camaros makes it one of the coolest-looking cars to come out of the '60s, and this 1969 Chevrolet Camaro Z/28 is as clean and original as they come. If you're looking for a Camaro that's in show-ready condition, J7 Motorsports is selling this '69 Z/28 for $79,900; of course, you can always click here to make an offer.