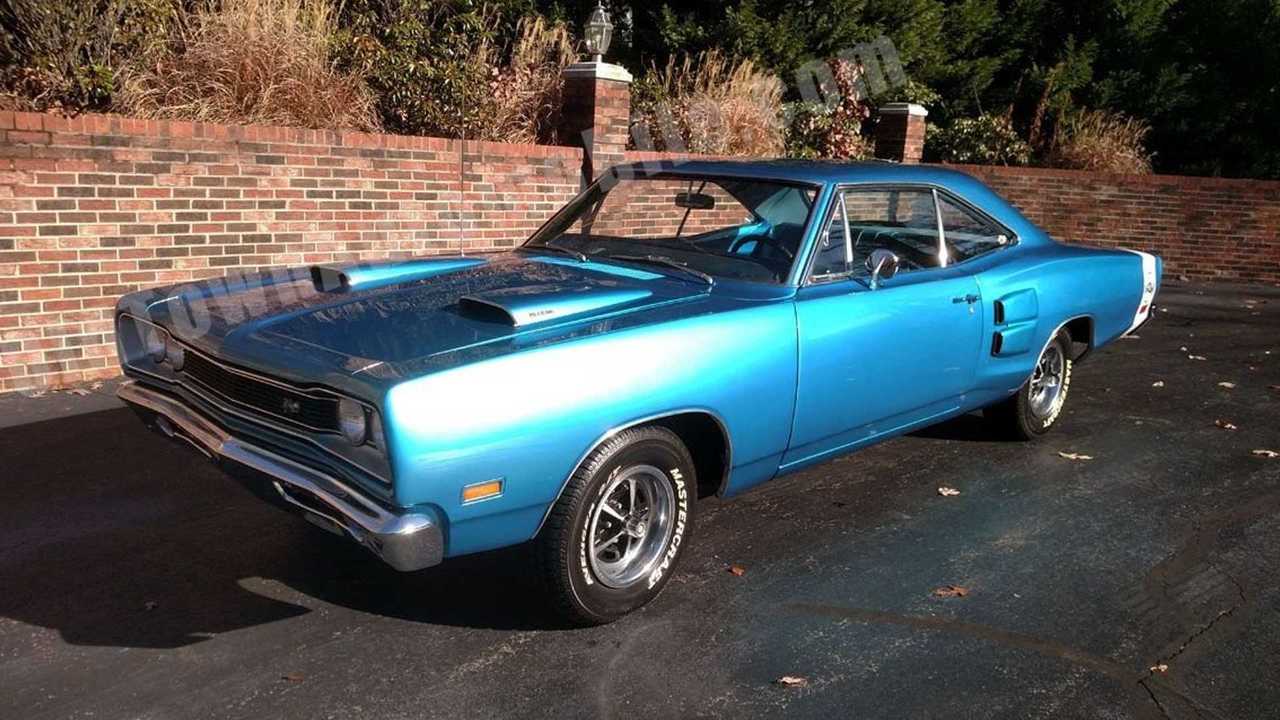 This stunning slice of American Muscle is ready to break necks no matter where it goes.

Produced rom 1968 through 1970, the Dodge Super Bee was the automaker's answer to an affordable muscle car. Basically a rebadged version of the Plymouth Road Runner, the Super Bee was based off of the Coronet two-door coupe. If in the market for an attractive American classic packing potent power, look no further than this immaculate 1969 Dodge Super Bee.

Blanketed in its original B5 blue hue, the body of this '69 Dodge Super Bee is laser-straight and in fantastic shape. Covering the engine bay is the Ram Charger hood with forward-facing dual nostrils, and Magnum Rally wheels sit on all four corners. Open the doors to this Super Bee to an all-new stock interior complete with a rally dashboard. According to the listing, the car has 63,112 miles on the ticker.

Powering this American muscle car is the NOM 440cui V8 engine equipped with a Mopar Performance Purple cam. A 4-speed manual transmission shifts power down to the rear wheels via a Hurst Competition Plus shifter. The 8 3/4" rear is stuffed with 3:23 gears, and it features a Borgeson quick-ratio power steering conversion. Added rumble and performance is provided by the 2.5-inch dual exhaust system. While the 440cui V8 is stuffed inside the engine bay, the sale of the car comes with the numbers-matching 383cui V8 in good running condition.

Gallery: Light 'Em Up In This 1969 Dodge Super Bee

The Super Bee and Road Runner were similar aesthetically, but the Mopar version was just a tad bit heavier and was given a 117-inch wheel base. There were also other minor differences including larger wheel openings out back, and the car was adorned with diecast "Bee" medallions that were plated in chrome. The car was given a different grille, and it featured a bumblebee tail stripe.

If this beautiful '69 Dodge Super Bee is calling your name, contact Old Town Automobiles today. The car is listed at $44,900, but feel free to make them an offer.

Cruise Away In This Stunning 1967 Plymouth Barracuda Convertible