Hot Rod Like Hell In A 1954 Mercury Monterey Gasser 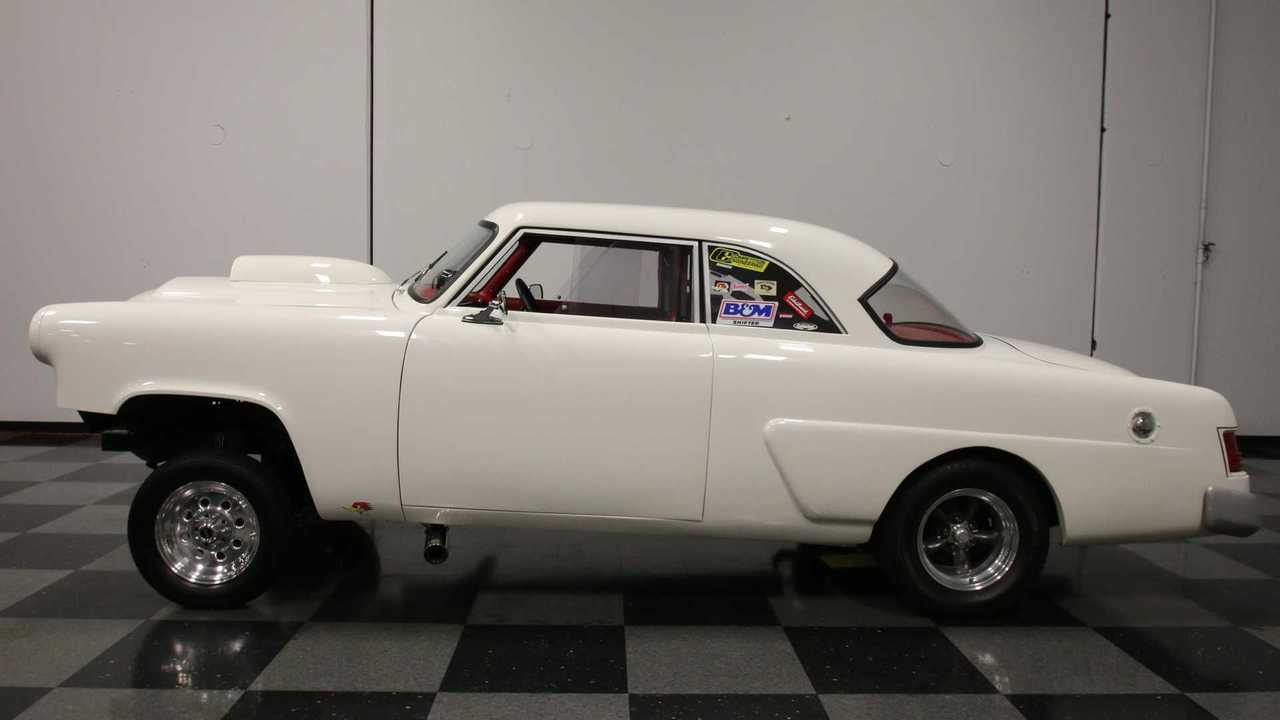 This is a relic of long-gone hot rod history.

Not everyone will appreciate this 1954 Mercury Monterey Gasser, but this is something for a very special person. This hot rod has been built to be a fairly accurate portrayal of what you might have seen at the drag strip in the early 1960s, while keeping things street legal. According to Streetside Classics, which is selling this car, it went through a frame-off build and has over $40,000 in receipts, so you know exactly what you’re getting.

Gallery: Hot Rod Like Hell In A 1954 Mercury Monterey Gasser

It’s obvious someone really went all-out on this Mercury Gasser. Those fine details you see everywhere not only makes this car a blast to drive, they’re a calling card to similarly-minded gearheads. As you can see in the photos, it starts with most of the exterior trim pieces being shaved off, including the door handles. That means almost no chrome, but the white paint does have a nice shine. Stickers on the quarter windows help give a more race-inspired look, although some vinyl decals down the sides of the car would punch things up even more.

Also race-inspired is the interior of this Mercury. While it has some niceties like the red door panels and dash with chrome trim pieces, a modern sound system with CD player, plus cupholders between the front seats, removable Lexan windows, other details are more for the track.  Race seats up front, five-point harnesses, a roll cage, aftermarket steering wheel, and large tach mounted on the dash are clear indications this was meant to see some track action.

Making this car a real fire-breathing machine is a Chevy 283ci V8 built for speed with a .030 overbore, 9:1 compression ratio, Edelbrock intake, 4bbl carb, and high-output heads. Letting the engine exhale quickly are custom fender well headers  and side pipes, which you can see peeking out by the door hinges. A trick shifter gives you control of the PowerGlide two-speed automatic transmission, which sends power to the 3.59 rear. Modern shocks plus rear leaf springs with traction bars and a Vega steering box make for solid handling. Despite its race-worthy qualities, this Mercury is still tame enough to cruise on Main Street. A custom fuel cell sits in the trunk along with a few gas cans since this car wasn’t built for efficiency but performance.

It takes a special person to fully appreciate this hot rod. If you think that might be you, Streetside Classics would be happy to arrange for a sale.