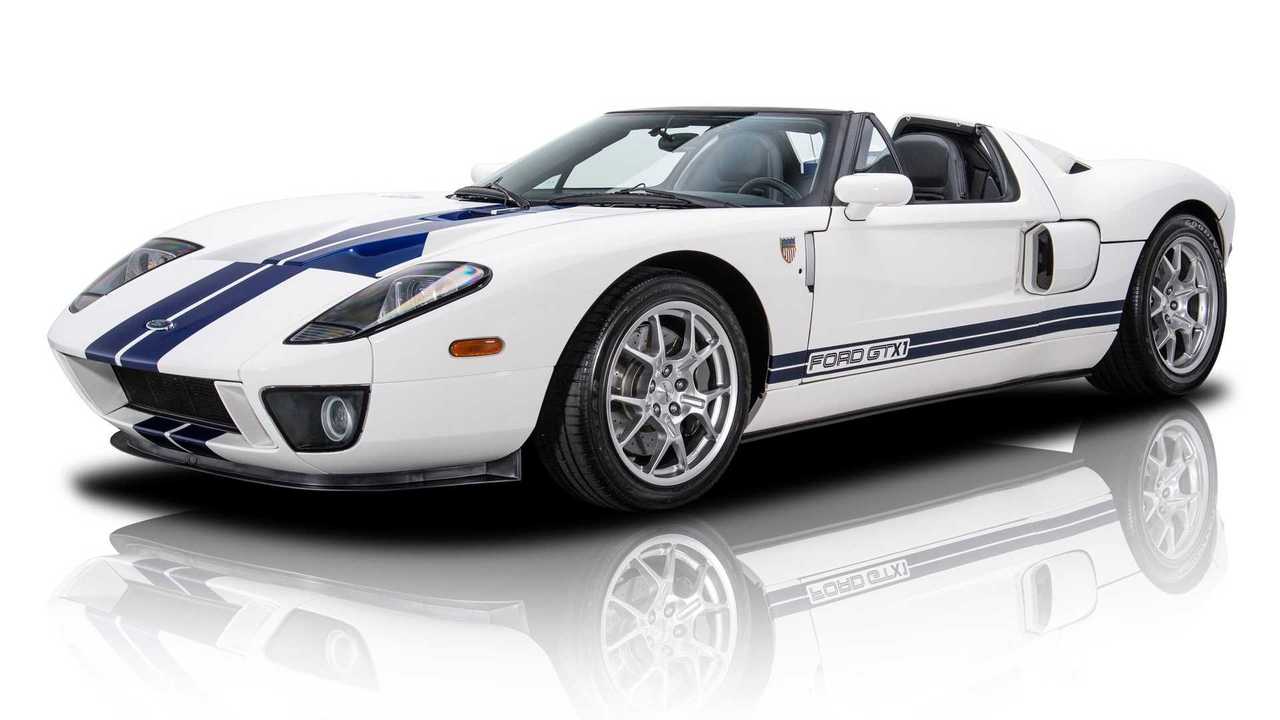 One of only 38 Ford GT roadsters ever made!

In the 1960s, Ford had crazy idea to build a roadster version of the GT40, and only five examples were ever built – the first of which sold at Pebble Beach last year and was one of the top 10 highest-priced auction cars of 2019. A similar notion popped up once the first-gen Ford GT went into production resulting in the GTX1, named after the GT40 "X1" experimental spyder that Bruce McLaren raced.

As rare as the first-gen Ford GTs are, the Ford GT GTX1 is pure unobtanium, but RK Motors has one listed for sale.

According to this listing, only 38 GTX1 roadsters were ever built, and it isn't hard to see why. At $200,000, this conversion cost more than the original car itself, but it's definitely a cool-looking car. As the price would suggest, the GTX1 is more than taking a Sawzall to the GT's roof. A new clamshell engine cover and doors were created, and a three-piece removable top was designed to maximize functionality yet retain the GT's factory look.

This was the 13th of the 38 GTX1 roadsters to be converted, and it's painted in Centennial White with blue stripes. This car has just under 2,000 miles showing on the odometer, and earlier this year, it received extensive maintenance (including the Takata airbag recall), new tires, an Accufab X pipe exhaust and a rear bumper delete. All in, these repairs, maintenance and upgrades cost almost $15,000, which means this car is ready to drive, show and enjoy today!

All first-gen Ford GTs have seen a huge spike in value in recent years, but this 2005 Ford GT GTX1 Roadster is about as rare and unique as a GT can get. Combine the limited production of the GTX1 with the obvious care given to this special car has received over the years, and you have a true one-of-a-kind car. RK Motors has this 2005 Ford GT GTX1 Roadster listed for $429,900, but you can click HERE to make an offer.

Ford GTs Are Appreciating, Meaning Now Is The Time To Buy!