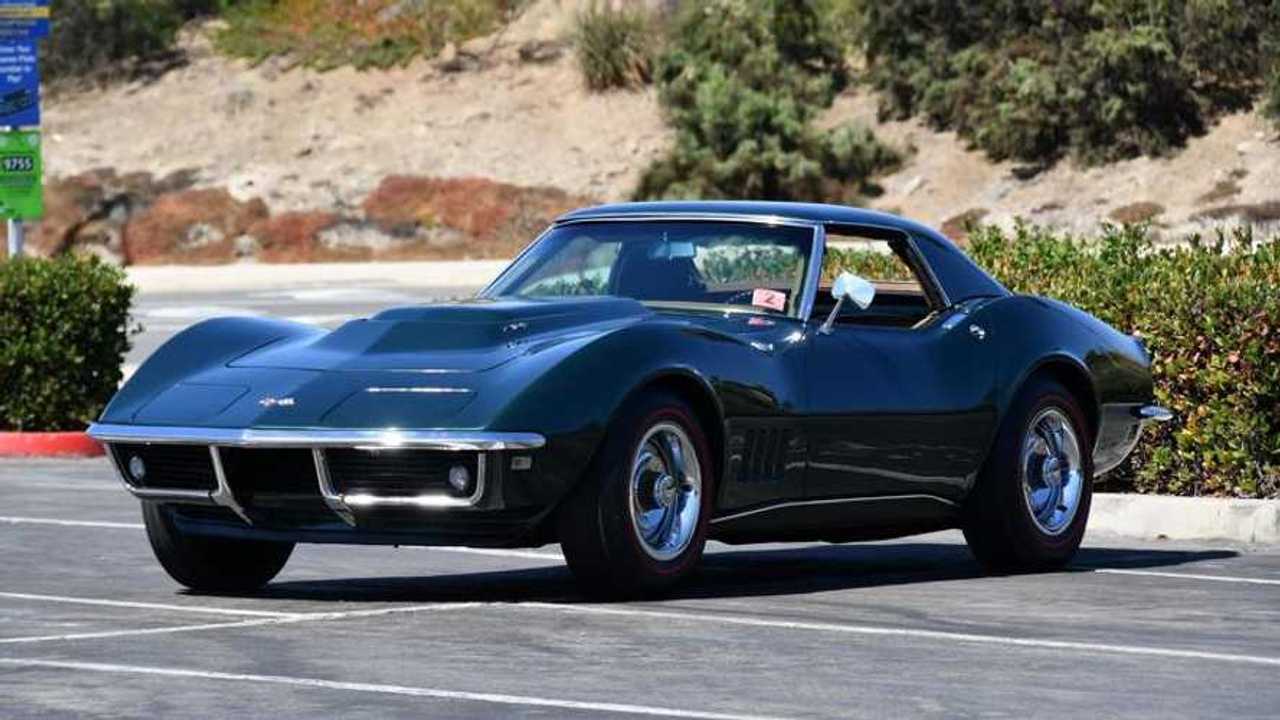 Chevrolet sent the C2 Corvette off on a high note with the introduction of the race-ready L88 in 1967, and it continued to be offered on the C3 Corvette for 1968 and 1969. This high-power, low-production package has become one of the most sought-after Corvettes of all time, and this incredible 1968 Chevrolet Corvette L88 Convertible should definitely draw a crowd next month at Russo and Steele's 2020 Scottsdale auction that runs from January 15-19, 2020.

With just 20 examples of the L88 produced for its initial year, production was increased to 80 units for 1968, and of these, only 20 were convertibles like this one. This 1968 Chevrolet Corvette L88 Convertible underwent a recent restoration by Corvette expert David Walters, and it  maintained the car's original color combination of the British Green paint with color-matched hard top and Saddle tan leather interior. The Corvette has all the receipts from this restoration as well as ownership history, which can be traced back all the way to when it was purchased new from Harte Chevrolet in Meridian, Connecticut.

The key element of the L88 was the potent 427 CID V8 under the hood, which was underrated from the factory at 430 horsepower with an actual output well over 500 hp. Other L88 engine upgrades included the 850 CFM Holley four-barrel carburetor, aluminum heads, 12.5:1 compression, and to show its racing intentions, the radiator fan, heater and radio were factory deleted.

The overall quality of this 1968 Chevrolet Corvette L88 Convertible is proven by the fact that it was shown at the Dana Point Concours d'Elegance as well as the St. Petersburg, Florida Festivals of Speed. Be sure you're registered to bid so you don't miss your chance to own this ultra-rare 1968 Corvette L88 convertible!

Whether you are looking to sell a classic, sports, muscle or one-of-a-kind collector automobile, Russo and Steele’s consignment process has been streamlined specifically for your ease. Once you have made the decision to sell your classic car, a Russo and Steele Consignment Specialist will take over from there and work with you every step of the way. You start the consignment process by simply filling out the pre-consignment form online, so a specialist can contact you and has some background on your specific car.

More From Russo And Steele...