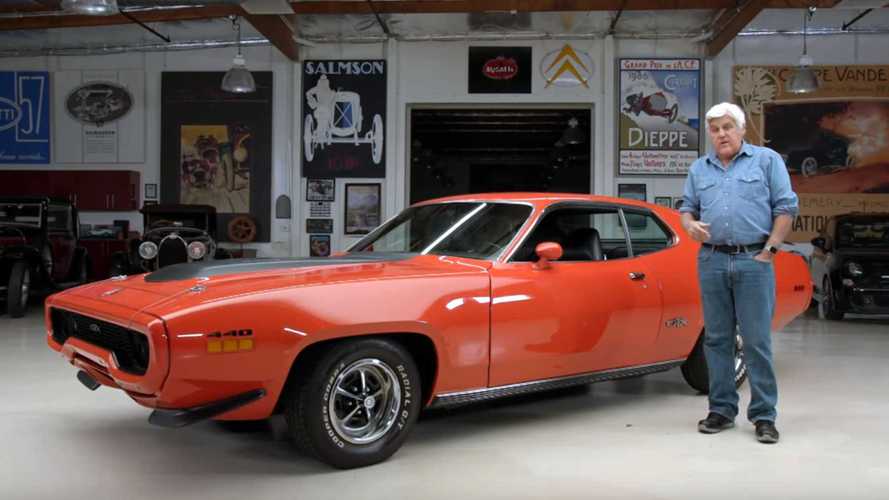 Jay Leno checks out one of the more underappreciated Mopars of the muscle car era.

Jay Leno gets to drive some really cool cars, but it's always a fun time when he gets to check out some classic Mopar muscle cars. That's exactly what's featured in this episode of Jay Leno's Garage where he gets walk around and some seat time in the 1971 Plymouth GTX – the final year of the standalone GTX model for Plymouth.

The Plymouth GTX was offered as a standalone nameplate from 1968 through 1971. It was first offered as a high-performance trim level on the 1967 Belvedere, and the last time Plymouth used the GTX name was from 1972 through 1974, where Road Runner models equipped with the 440 engine were named the Road Runner GTX.

The current owner of this particular 1971 GTX purchased the car at Mecum several years ago, and says that the car is an original, numbers-matching car that is mostly stock. The one modification the owner made is the addition of a vacuum-operated Air Grabber hood intake, which necessitated a change in the car's factory air conditioning system. Other than that, this car looks stunning in its orange and black paint job, and it sounds amazing when the 440 CID V-8 rumbles to life. In an era where many classics are resto-modded, it's refreshing how original this car has remained.

Speaking of eras, the best part about this episode is the conversation that Jay has with the GTX owner's former auto shop teacher and current restoration partner. The two old-school enthusiasts talk about some of the many changes that the automotive industry has gone through, both the good and the bad. The most important topic the two touch on, though, is the decline in vocational automotive classes and the rise of replace-rather-than-repair culture.