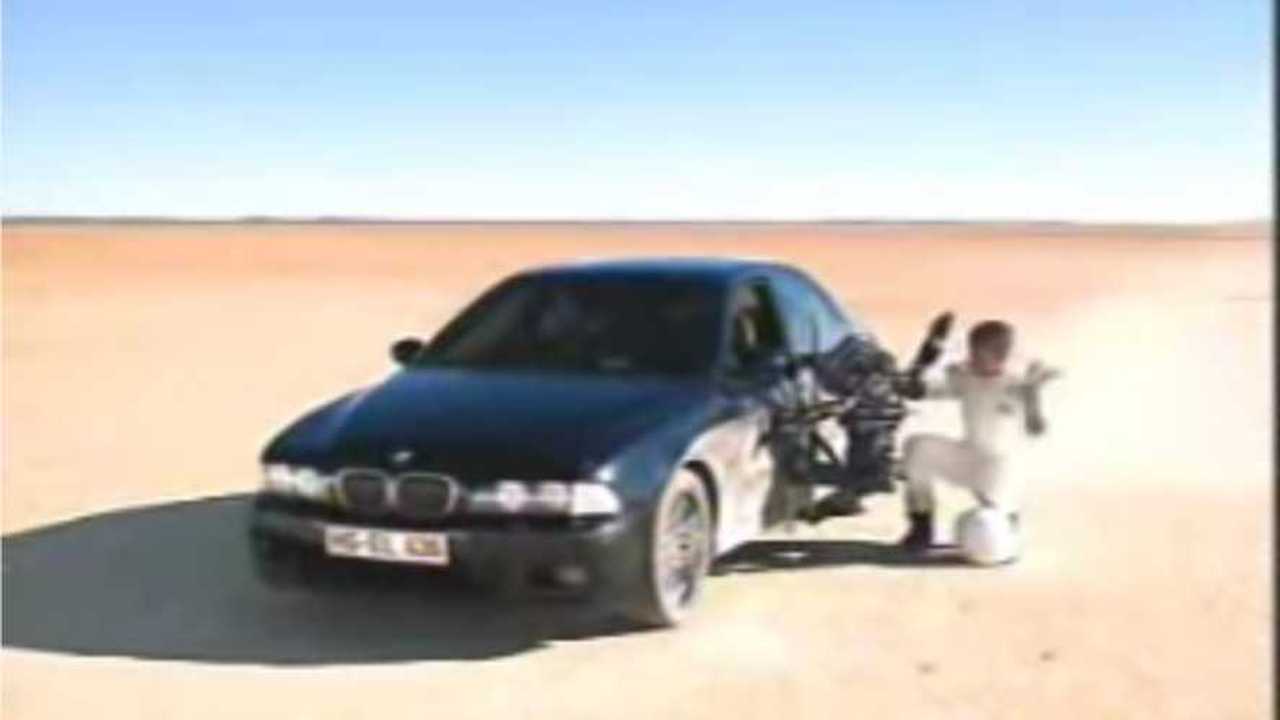 Leave it to BMW to make something so memorable.

There’s no denying BMW has made some clever commercials in the past. While you can argue that a clever TV ad doesn’t make the car better, the one below for the BMW E39 M5 certainly only helped people get interested in the car which today is a legend. Check it out.

That trick where you realize the camera vehicle to get shots of the rocket car is actually a BMW M5 is a huge payoff. Back in the day, the E39 was a ferocious, lively competitor some termed the “Corvette Killer.” This commercial gets across the message it’s a car for people who aren’t messing around.

Anyone who’s driven an E39 knows why there are so many complaints about the modern BMW 5 Series, including the M5. It’s almost a spiritual experience getting behind the wheel of this classic, making you feel ultra-connected to the vehicle and road. Let’s just say things aren’t nearly the same today.

Shoppers responded to the E39 M5 in a big way, with more selling than the previous two generations of the M5 combined. Surely this commercial helped spur people to the dealership, where they eagerly did whatever they could to get their hands on a modern-day rocket ship.

The BMW E39 M5 is still wildly popular today, with many enthusiasts claiming it’s the best BMW performance car ever made. Considering it was the first M car to use a V8 engine doesn’t hurt, along with the fact it only came with a manual transmission. While you could argue about that all day long, the reality is the E39 M5 is incredibly good and would make a solid investment, so consider snatching one before prices climb even higher.

In 2018 we saw E39 M5 prices soar at auctions, a trend which doesn’t look to be slowing down in the long run. There’s even evidence that the more pedestrian E39s are right behind it in becoming modern classic cars.

Which Of These Classic BMW M6 Models Would You Get?