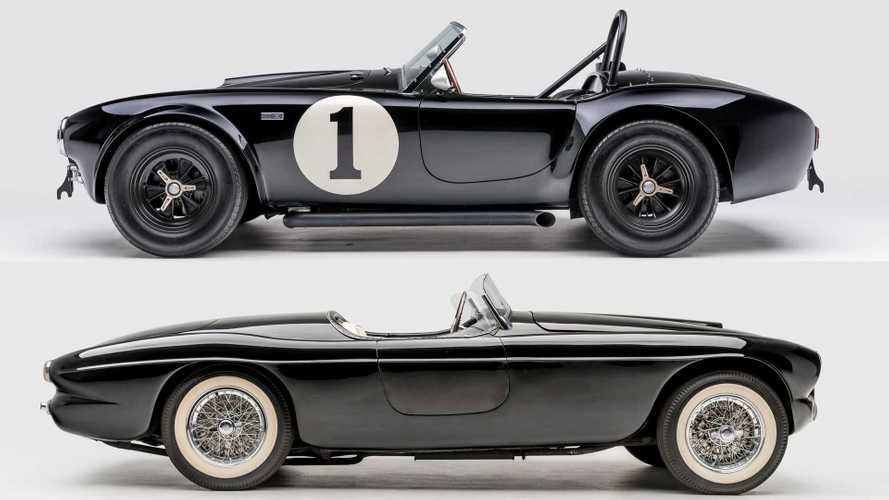 Now that you've seen the movie, check out some of the Ford versus Ferrari cars in L.A.

If you happen to be in L.A. between now and January 19, 2020, be sure to check out the Petersen Automotive Museum to see five vehicles that played a crucial role in the Ford/Ferrari rivalry. Even if you haven't seen the movie yet, you can check out these cars in real life.

The new "Winning Numbers" exhibit is a collection of racecars owned by Petersen's founding chairman, Bruce Meyer. Among this collection includes the first production Shelby Cobra, a black 1962 Shelby Cobra, and two Ferraris used in the filming of Ford v Ferrari: the open-top 1957 Ferrari 625/250 Testa Rossa and a 1961 Ferrari 250 GT SWB coupe. Even more impressive than Meyer's collection of automobiles is the fact that these cars are all regularly driven!

In addition to these three vehicles, the Petersen Automotive Museum also houses a 1952 Ferrari 212/225 Barchetta and a 1967 Ford GT40 Mark III. Before Henry Ford II and Enzo Ferrari were rivals, they were friends, and the 1952 Ferrari 212/225 Barchetta was a gift from Ferrari to Ford. More importantly, this car is said to inspired some of the elements that were introduced on the 1955 Ford Thunderbird.

Gallery: Meet The Cars From 'Ford v Ferrari' At The Petersen Museum

“The story of Ford’s triumph over Ferrari at the 1966 24 Hours of Le Mans will be told for generations. We’re excited to see the film, but we’re most excited to offer fans of the movie an opportunity to see the cars that will be in the film and learn about other vehicles that are pivotal to the Ford v Ferrari back story,” said Petersen executive director Terry L. Karges.

The Petersen's "Winning Numbers" exhibit runs through January 19, 2020, but the other two cars will be on available for visitors to see long after that. The '67 GT40 is part of a 250-car display, called The Vault, which highlights more than 120 years of automotive history.