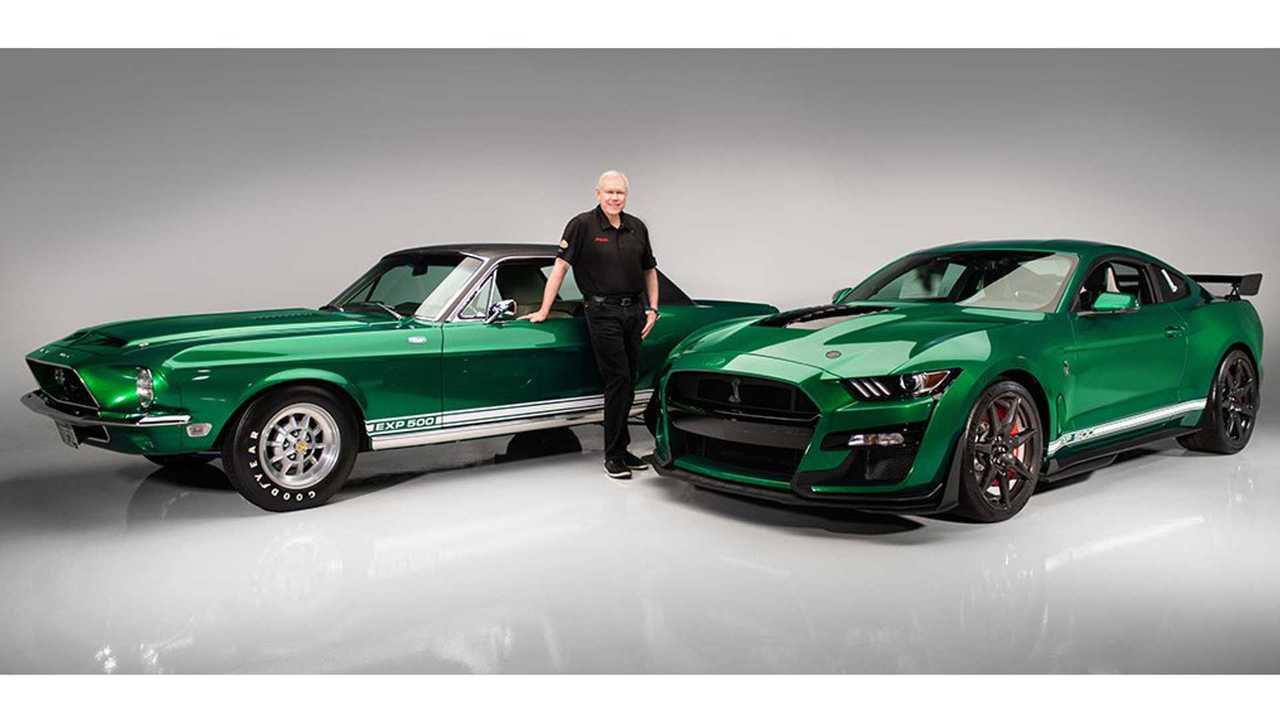 At the 2019 Barrett-Jackson Scottsdale auction, Barrett-Jackson CEO Craig Jackson bought the very first 2020 Shelby GT500 for $1.1 million. The auction took place almost a year before the car went into production, but now these cars are rolling off the line at Ford's Flat Rock Assembly Plant, and Jackson recently took delivery of his personalized 2020 Shelby GT500.

According to Barrett-Jackson, this car was delivered back in late October, and the auction company just released a gallery of images showing the Shelby in various stages of production. While this the very first production version of the 2020 Shelby GT500, Jackson's has been personalized.

The orange 2020 GT500 shown at the auction was just a pre-production show car, and while the winning bidder was able to choose from production colors and options, Jackson had a special request. He wanted it painted to match the '68 GT500 prototype he owns, which is called the Green Hornet. This one-off color consists of a Candy Apple Green paint job over a Lime Green base coat from BASF, and it also has unique elements such as the "EXP500" side stripes and one-off body-color door mirrors (all other production GT500s have black mirrors).

"In making this request, I truly had no idea what an extraordinary undertaking it was, but BASF and the paint specialists at Penske went above and beyond to make that happen. The entire team at Ford went out of their way to help my dream become a reality, and I couldn’t be more grateful," said Jackson.

The entire proceeds of Jackson's $1.1 million purchase of 2020 Shelby GT500 VIN 001 went to JDRF – the leading global organization that funds type 1 diabetes research in an effort to find the cure.

“Carolyn and I are grateful to be a part of helping JDRF find a cure, and being there to take delivery of this exceptional car was incredibly special,” Jackson said.

Jackson's semi-custom 2020 Shelby GT500, aka, the New Hornet, will be on display next month at the 2020 Barrett-Jackson Scottsdale auction, which will enter its 47th year during the January 11-19 event.