Drop The Top In This Original, Low-Mileage 1992 Ford Mustang GT 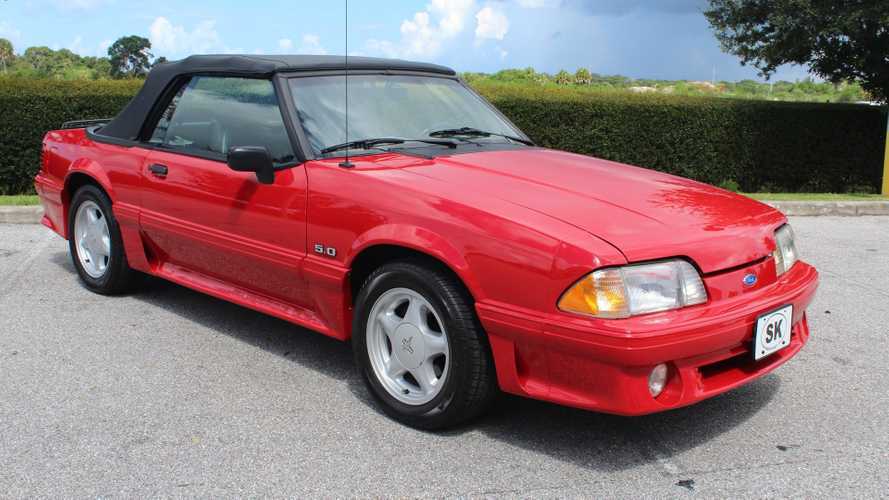 Roll in this 5.0 with the ragtop down so your hair can blow!

Fox Body Mustangs are quickly becoming collector cars thanks to '80s and '90s nostalgia, and this 1992 Ford Mustang GT Convertible is definitely in investment-grade condition. Not only does this Mustang proudly wear the "5.0" badges on the fenders, the entire car has extremely low miles and it boasts just a single owner since new. If you're looking to add a high-quality Fox Body Mustang to your collection, Classic Cars of Sarasota has just what you need!

This gorgeous Ford Mustang is a one-owner car that hasn't endured the abuse that many of these cars did back in the day. With the exception of the new tires, this Mustang is all original right down to the soft top, and even the bumpers are free of the cracks and fading that these cars were known for. This all makes sense since the odometer shows just 48,130 miles – that's an average of less than 2,000 miles per year driven on the car. While it might seem like a shame to have a car like this and never drive it, it's resulted in one of the cleanest, most unmolested Fox body Mustangs you're going to find.

It would appear that the only modifications made to this car include an aftermarket stereo system and a cue ball shift knob – this thing's still rolling on its factory five-spoke alloy wheels. In 1992, a base Ford Mustang was equipped with the 2.3-liter four-cylinder engine, but the Mustang GT laid down 225 horsepower from its 5.0-liter V-8, and this engine had an unmistakable exhaust note.