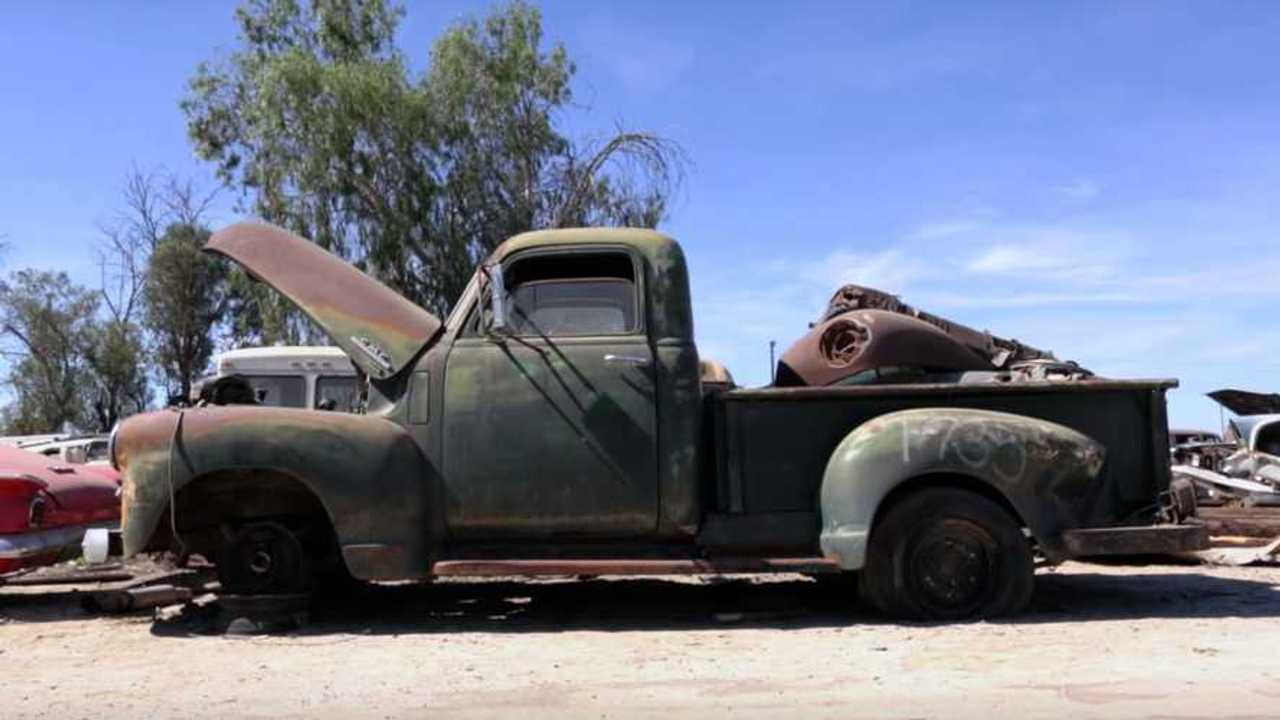 Who hasn't dreamed of rescuing a classic vehicle from junkyard purgatory?

One of the early episodes of Roadkill (episode 31 to be exact) featured a dream most car lovers have probably had before: get lost in a massive junkyard of classic cars, find a potential project and save the vehicle from its inevitable demise to nature and the crusher. If that's you, check out the video below and live vicariously through Roadkill.

To be honest, this episode would have been just as great had the guys just explored the 75-acre junkyard, but once they found their subject, they did the unenviable work of trying to get a car running in those conditions... the episode was released in August, if that's any indication!Their project of choice was a 1950 GMC 3100 that had been sitting around for at 26 years – according to the last time the vehicle registration had been updated.

The good news is that when you're trying to get a car running in a junkyard, there's usually plenty of donor vehicles laying around, and there were actually quite a few GMC trucks of this era on the yard. They just had to know where to go hunting for them. The only thing is that they also only gave themselves two days to get the truck in running condition before making the long drive from Fresno, California to Los Angeles.

Except for the windows and bed, the overall condition of the truck seems to be solid with impressive – natural – patina, which always looks better than fake patina. Once running, the GMC inline-six, aka the Jimmy Six, is a popular engine among hot rodders, so getting parts for this old mill isn't impossible.

Did they get the truck running and get it driven safely back to their shop? You'll have to watch to find out!