Live Your Dreams With A 1995 Ferrari F355 Berlinetta 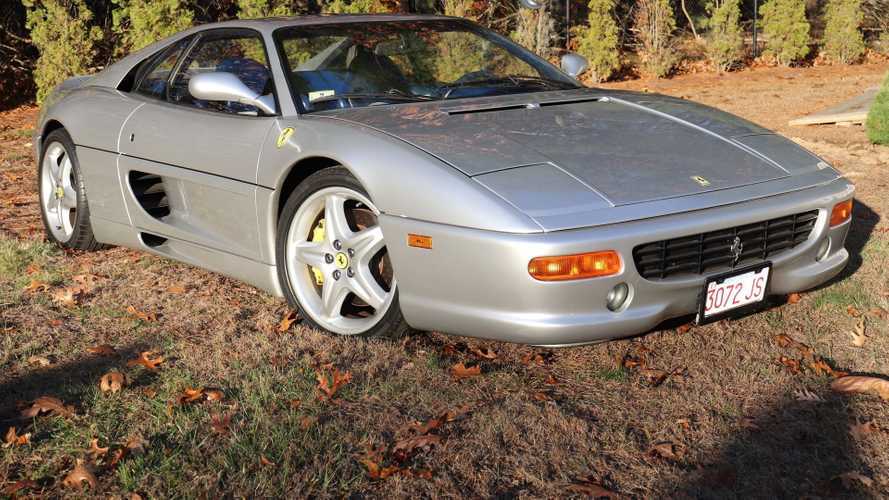 Get into Ferrari ownership now.

Maybe you’ve always dreamed of owning a Ferrari, or you didn’t even dare dream because it’s a thing which seems so far out of reach. Dream no more, because this two-owner 1995 Ferrari F355 Berlinetta with under 25,000 miles on the odometer has been listed for sale at $79,900. For that price, you’re getting an undeniably cool car which produces that Formula One-style shriek which will have people noticing in a hurry.

Gallery: Live Your Dreams With A 1995 Ferrari F355 Berlinetta

While some people think a Ferrari should always have the engine in the front, there are plenty of great examples with a mid-ship engine like this one. Sitting behind the seats, the 3.5-liter V8 has 5 valves per cylinder, a design which really pushed the envelope back in the day. It produces a peak 380-horsepower, so this car can really scoot when you push the pedal. A gated manual transmission gives you a pure driving feel, something that’s pretty hard to come by in modern cars.

The previous owner upgraded the front brakes on this ride, swapping in some donated by a Ferrari 360. While it improves stopping performance and handling, the factory front brakes have been retained and will be included with the car. There’s also a new custom Delta Vee suspension system.

Some nice factory options are loaded into this car. One of the most impressive is the carbon-fiber racing seats, a $10,000 feature which lightens the curb weight and looks great. Custom aftermarket carbon-fiber treatments for the interior complement the seats.

When all was said and done, Maranello only produced 11,165 Ferrari F355s from 1994 to 1999. This one has the desirable Bosch 2.7 engine control unit and OBD1 electronics, which many find to be far lower-maintenance. Furthermore, the seller says the notorious sticky interior plastic issue is nonexistent in this car. The seller says all work done on this car was performed by an independent Ferrari mechanic, with parts brought over from Hill Engineering, which is located in the United Kingdom.

Overall, this car looks pretty clean, has some desirable attributes, and boasts interesting upgrades. If you’re interested in making this Ferrari yours, the sale is being handled by Silverstone Motorcars, so reach out to the dealer for details.

Keep the conversation going about all your favorite Ferraris by visiting Ferrari Chat.

Own This Beautiful 2002 Ferrari 575 Maranello

Have It All With A 2015 Ferrari F12Berlinetta