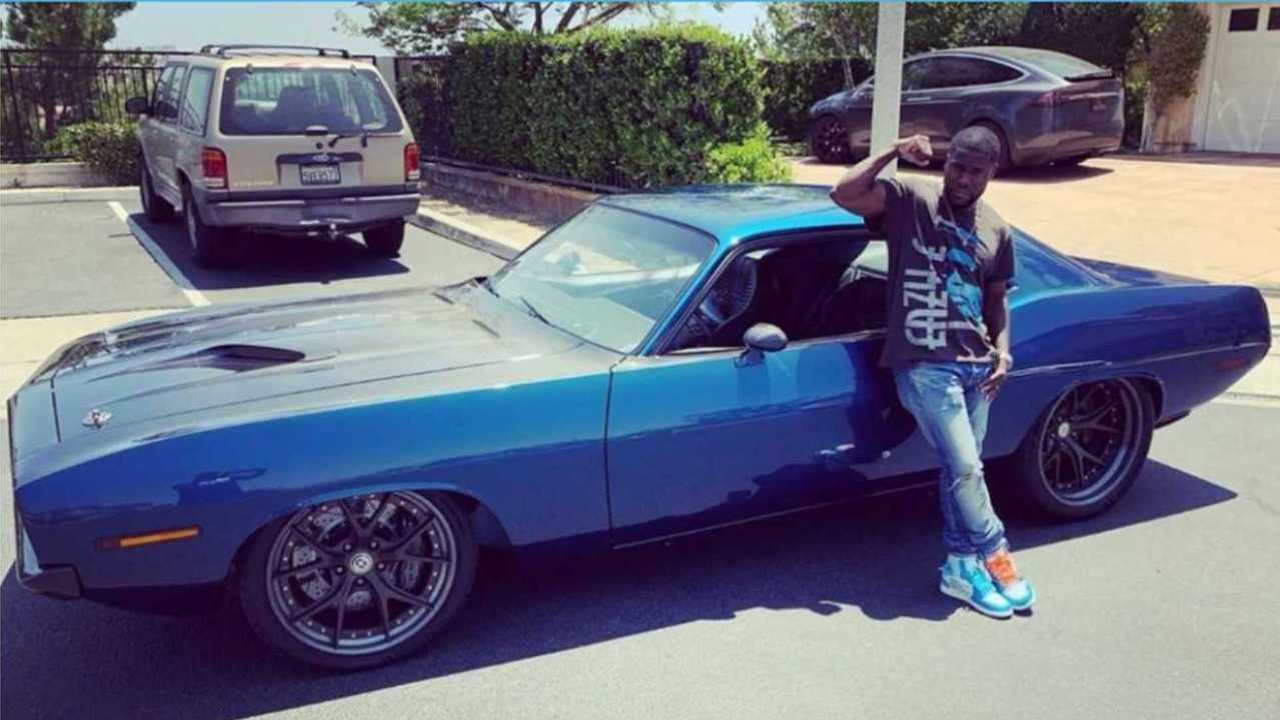 Hart along with the other two people involved in the crash are said to be armed with lawyers.

Looking back at 2019, the biggest story of the year revolved around Kevin Hart and the Labor Day crash that left his 1970 Plymouth Barracuda "Menace" in a twisted heap of metal.  The restomod, built by SpeedKore, was lacking safety equipment such as a roll bar and seatbelts. A friend of Hart's, Jared S. Black, was piloting the 720-horsepower Barracuda restomod on the infamous Mulholland Drive, also known as "The Snake", when things went south. Black lost control and sent the car careening down an embankment and through a wooden fence. The car was made to sit two people, but three were int he car at the time - Hart, Black, and a female passenger crammed on the rear seat delete. Both Hart and Black suffered back injuries, and the woman with them suffered minor injuries. After the accident, it was said that Hart may be armed with lawyers to sue SpeedKore, the company who built the '70 Barracuda, for allowing him to take possession of the car lacking the proper safety equipment. Common sense tells us that maybe stuffing three people inside a high-horsepower car fit for two without the proper safety equipment AND pushing its abilities on a road infamous for accidents isn't such a great idea.

Whenever anything happens to a celebrity, whether it’s good, bad, major, or mundane, news circulates as fast as a dry Christmas tree going up in flames after being doused in gasoline. That’s what happened with one of the biggest names in Hollywood today, Kevin Hart, when his insanely modified 1970 Plymouth Barracuda dubbed Menace was involved in a major accident on Labor Day weekend which left the classic in a pile of twisted metal.

Now that actor/comedian Kevin Hart has been released from the hospital after sustaining three fractures to his spine that required back surgery, it is said that he is now in the process of preparing a lawsuit against Speedkore, the company who built his beastly 720-horsepower Plymouth Barracuda that was powered by a modern 6.4L Hemi V8 and topped with a Whipple supercharger. In addition, the driver, Jared S. Black, and the backseat passenger who sustained minor injuries, have also hired lawyers due to the lack of safety equipment in the car which is said to have a roll cage, airbags, and five-point harnesses. They believe the addition of these safety features would have prevented their injuries.

The California Highway Patrol is still investigating the crash but talks of changing the laws revolving around classic cars are already in the works. If this legislation is approved, that means that all cars, no matter how old, must have seatbelts or harnesses installed to be legal and road worthy. While safety is no doubt a priority, these classics have been around for decades without any of these features. Also, this means drilling holes into million-dollar Concours cars just to add tacky seatbelts that will hardly ever be used. Plus, it is not unheard of for these laws to trickle over to other states.

So, if Kevin Hart, and the two others involved in the crash, file lawsuits against SpeedKore over safety equipment, what impact will that have on the impending changes on California laws regarding safety restraints in muscle cars? No doubt it would have a negative impact for classic car owners that are forced to drill into their beloved classic cars to add features they have never been equipped with.

It was Labor Day weekend when Hart threw the keys to his powerful '70 Barracuda over to his friend, Jared Black. A female passenger crammed in the back, although, it is unsure where she was sitting due to a rear seat delete. They set off for Mulholland drive, an infamous road known as "The Snake" that is notorious for bad accidents. It features twists and turns with large drop-offs on each side. Black lost control of the car on Mulholland where it went down an embankment and crashed through a wooden fence. Both Hart and Black suffered back injuries, and the woman with them suffered minor injuries.

One should know what could go wrong when toying with a car of that caliber. Knowing the raw power it possesses, and still getting rowdy with it anyway should not be a fault of the manufacturer, but the fault of those knowing and getting in anyway. Even the rear passenger got in knowing that there was no seat for her to occupy.

Gallery: Kevin Hart Likely To File Lawsuit Against SpeedKore Due To Lack Of Safety Equipment

One-Up Your Buddies With This Monster 1972 Chevy C50