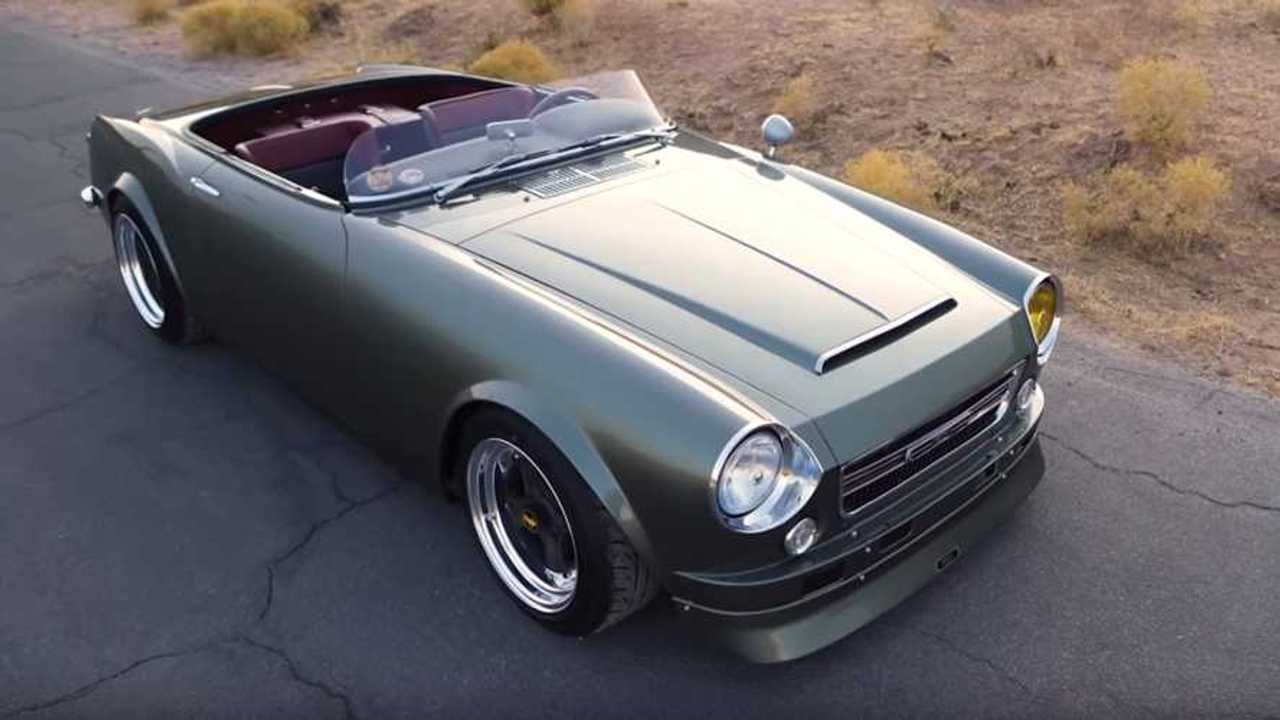 Believe it or not, this is a Datsun 1600 Roadster.

What you see in the photo above is a chopped and swapped Datsun 1600 Roadster. Owned by Chris Bishop, who runs Japanese Classics in Richmond, Virginia, it’s a Japanese classic like you’ve never seen before. Bishop was inspired by 1960s racecars when he decided to start hacking up this Datsun, and as you can see it turned out fantastic.

There are a lot of eye candy details to this car, keeping you busy gawking as the angles in the video change. One of the highlights is of course the 2.0-liter four-cylinder SR20DE engine swapped into it. Depending on how it’s tuned out of the factory, it produces up to 162-horsepower and 141 lb.-ft. of torque. An aluminum block and head makes it far more advanced than the 1.6-liter four-cylinder which originally came in the car.

If you look closely at this Datsun and compare it to one that’s stock, the body overall is the same. That’s probably surprising, but what was changed are details, which make a huge difference. Among the changes was the removal of the front fender side markers, flairs added to the rear fenders, and other changes which smartly follow the OEM look of the car. You’ll also notice there’s a single yellow headlight.

The interior is pretty luxurious but not over-the-top. Red and black leather, a wood-rimmed Momo steering wheel, and lots of factory details make it pretty fantastic to look at.

Too many people think the Datsun Roadsters were just cheap copies of the MGB, but that’s not the case at all. Datsun introduced the car before the MGB was introduced by several months, so similarities you see in the styling of the two roadsters is just a coincidence and nothing more.

This video comes via Hoonigan AutoFocus, a YouTube channel which showcases the work of Hoonigan photographers shooting some amazing cars and automotive events. It’s an interesting channel to follow, especially if you’re into the bizarre.