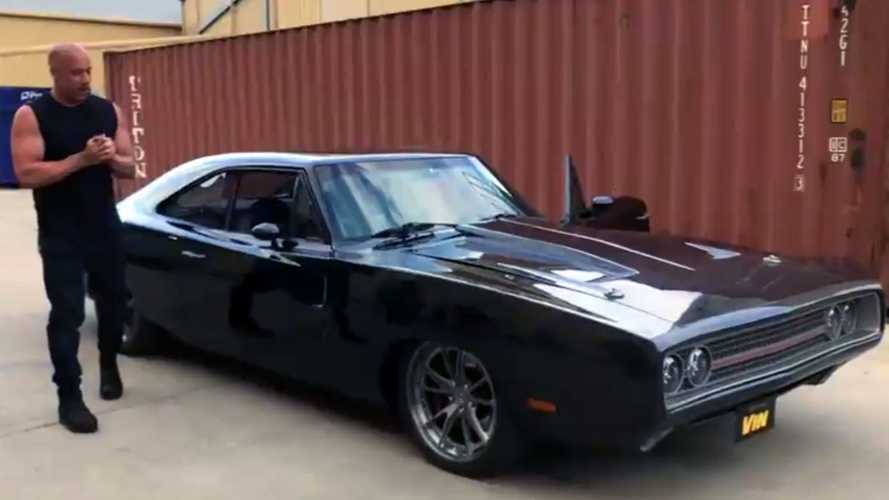 It would seem that Vin Diesel loves Dodge Chargers as much as Dominic Toretto!

We've already gotten a sneak peak at the mid-engine Dodge Charger that will be used in Fast and Furious 9, but earlier this year, Vin Diesel received an even more exciting Charger for his birthday. Diesel turned 52 on July 18 while filming Fast 9, and his friends on the set celebrated by giving him the ultimate birthday present: a fully custom 1970 Dodge Charger restomod from SpeedKore Performance Group.

Through the first eight Fast & Furious movies, Vin's character Dominic Toretto has driven numerous Dodge Chargers, but this one blows them all away. Built as a show car back in 2015, this 1970 Dodge Charger is called Tantrum, and it's basically a supercar disguised as a Dodge Charger. Under the hood, this car is packing a twin-turbo 9.0-liter Mercury Racing V-8 rated at 1,650 horsepower, and this engine is backed by a six-speed Tremec manual transmission. The entire chassis has been custom fabricated to accommodate this much power, and there's even a custom roll cage cleverly integrated into the car's interior.

Although this car has the basic profile of a '70 Charger, it's a full custom car. From the firewall forward, Tantrum is all carbon fiber, and the rest of the car gets some sort of billet or carbon fiber accents including the machined aluminum grille and the custom taillight housing. A set of wide HRE wheels finishes off the car's look and helps give it a mean stance. Inside, the entire cabin was custom made, and the materials include leather, Alcantara and, you guessed it, more carbon fiber.

The car was presented to Vin during the fourth week of filming for next year's Fast 9 movie, and he was truly speechless when the car rolled up. It isn't hard to see why. Vin posted a video on his Instagram page as he received the surprise birthday present and another one showing off the car's loud exhaust. To see more of this car in action, check out this video of when the car visited Jay Leno's Garage back in 2016.