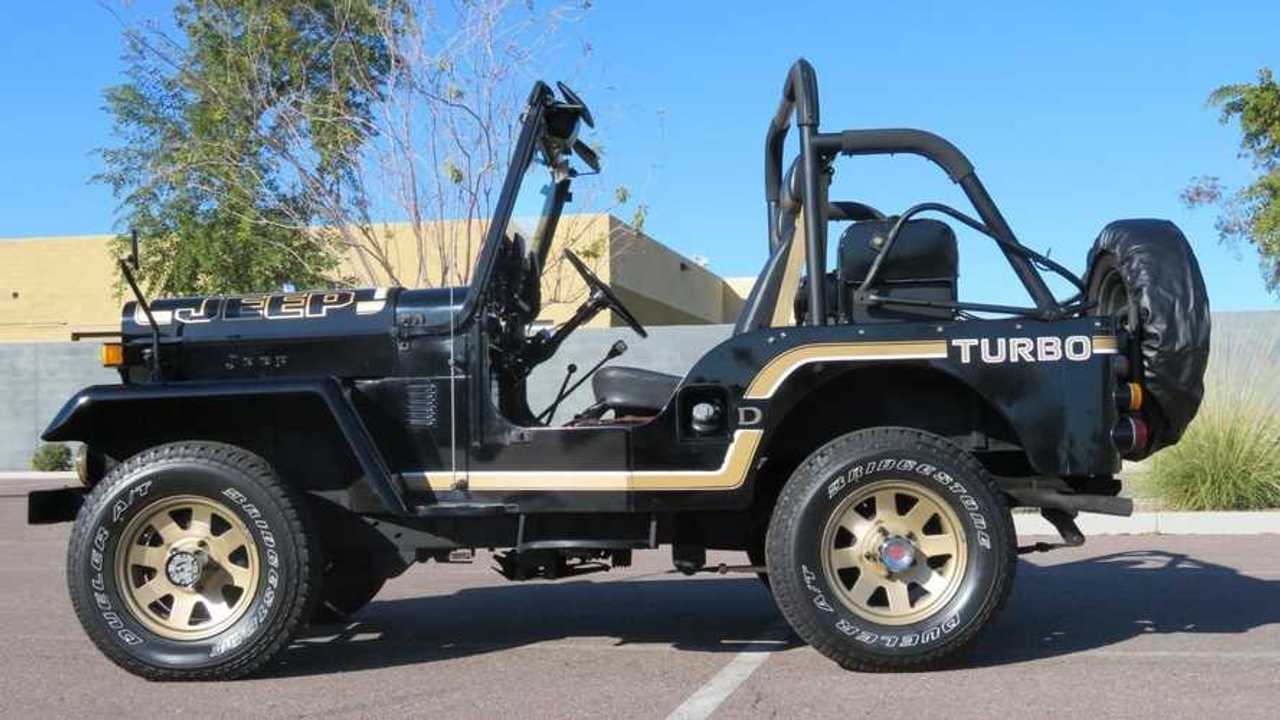 Participate in both import and Jeep shows with this Mitsubishi-built Jeep!

No, you're eyes aren't playing games on you. What looks like a Willys CJ-3B with a Golden Eagle paint job is really wearing the iconic  three-diamond logo of Mitsubishi. Meet the 1991 Mitsubishi J53. Produced under license from Jeep, Mitsubishi built its J-Series off-roaders from 1953 until 1998, which means it was still being built well after its successor – the Mitsubishi Pajero – had gone into production. This unique combination of JDM goodness and off-road prowess means that it is sure to be a conversation starter wherever it goes.

The Mitsubishi J-Series was one of several internationally produced off-roaders that were officially licensed by Willys, and this one is in full JDM spec with its right-hand drive configuration and a turbo diesel engine. This engine is a Mitsubishi Fuso 2.7-liter turbocharged and direct-injected diesel inline-four rated at 100 horsepower and 153 lb-ft of torque.

Before coming across the Pacific, this 1991 Mitsubishi J53 is believed to have had just two owners in Japan, and the 49,000 kilometers (around 30,000 miles) are said to be original! Even with the Mitsubishi logos, right-hand drive and the side-mounted rear jump seats, it would take the discerning eye of a Jeep enthusiast to spot this J53 driving around town.

If you're looking for a unique vehicle to show off, cruise around in or even do some off-roading, they don't get much better than this 1991 Mitsubishi J53. This example was recently imported from Japan, and it's ready to hit the streets and trails of the U.S. thanks to Canyon State Classics. Based in Tempe, Arizona, Canyon State Classics has this Mitsubishi Jeep listed for $14,900, but you can click HERE to make an offer.