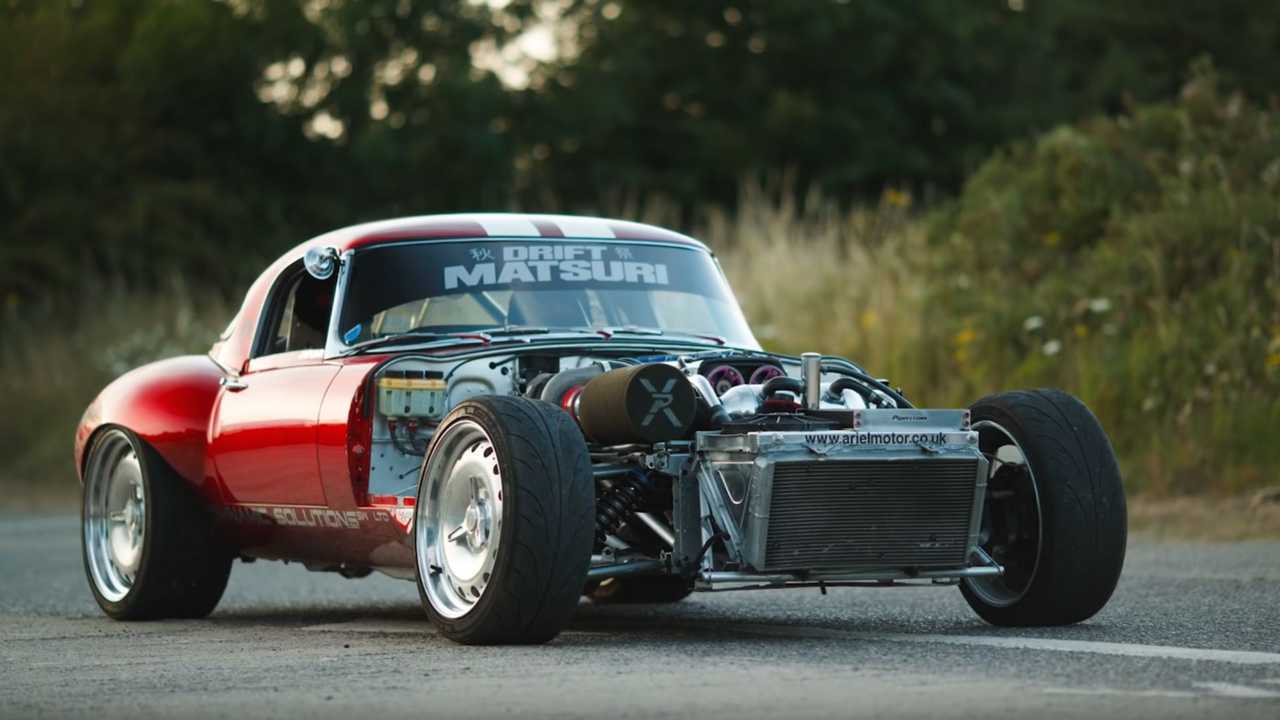 Watch the beautiful violation of a classic European in action.

So many have called the Jaguar E-Type the most beautiful car ever made. You might agree with that, and if you do it might be a good idea to skip the video below, or at least be sitting down when you do. Still, the urge to throw your phone and scream obscenities might be uncontrollable, so you’ve been warned.

Someone decided it would be a good idea to chop up a Jaguar E-Type to make it a drift car. Why? Good question, because there are much cheaper ways to make such a thing, but they did it anyway. Sometimes people do things just for the thrill of doing them, like climbing Mount Everest.

For good measure, they dropped a Toyota 1JZ engine into this Jaguar. Sure, it’s just one number off from the engine everyone screams about like they’re young girls in the 1960s watching The Beetles perform live, but it’s still an impressive engine.

As you can clearly see in the video, the 1JZ provides more than enough power to make this Jaguar slide like a demon. In fact, at the beginning you can see sparks by the rear wheels, which definitely looks safe.

Apparently, this Jaguar was whole before, as old footage of it drifting clearly proves, but an incident has left it without the hood or front fenders. In a weird sort of way, the chopped-up look actually really looks, plus we get a nice view of that Toyota engine.

The guys who built this car, Charlie’s Classic and Custom, are somehow associated with Drift Matsuri, as the windshield banner proudly declares. They built the car in England, where Jaguar E-Types are more plentiful, but it’s still an expensive build for that fact.

This is a fairly long video but it’s entertaining to watch, so if you have the time you won’t regret seeing it through the end. After all, the story behind this car is incredible, the car is incredible, and you’re not going to see something like this again.